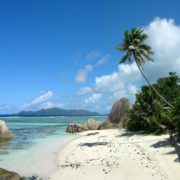 Facts you may not have know about Seychelles:

Seychelles, officially the Republic of Seychelles, is an archipelago and sovereign state in the Indian Ocean. The 115-island country, whose capital is Victoria, lies 1,500 kilometres (932 mi) east of mainland East Africa. With a population of roughly 94,228, it has the smallest population of any sovereign African country.

After proclamation of independence from the United Kingdom in 1976, Seychelles has developed from a largely agricultural society to a market-based diversified economy, with agriculture being supplanted by rapidly rising service and public sectors, as well as tourism.

Today, Seychelles boasts the highest nominal per capita GDP in Africa, excluding the French regions. It is one of only a handful of countries in Africa with a high Human Development Index, ranked at 63rd in the world.

When meeting someone, a common greeting is a handshake. Alternatively, people may opt to kiss each other on the cheek, once on each side of the face.

English and French are the official languages. Official documents are most commonly in English, which is the business language. Creole is widely spoken. It is primarily based on French, but laced with English phrases.

Being a former British colony, we use a 12-hour clock. Business hours are usually 8pm to 4pm.

4. What side of the road do people drive on? What do we need to know about driving in Seychelles?

We drive on the left side of the road. Road infrastructure is generally good, and drivers tend to oblige by the rules. As the island is small it will take a person less than a day to completely drive around the island from the south to the north. We have a dual carriage system.

In some areas, for example, the southern part of the island and secondary roads, roads tend to be narrower and winding, with sheer drops and hairpin bends. Therefore, drivers must be cautious, especially around bends, as there may be buses coming in the opposite direction. While in Seychelles you always need to carry your driver’s license and identification documents as highway patrol officers conduct regular checks. Drivers must use headlights at night on all roads. Traffic is common in Victoria during rush hour. If the vehicle is left unattended ensure that the trunk and all doors are locked and the windows are up.

Seychellois are punctual, however some meetings do start up to 5 minutes late.

The music of the Seychelles has African, Madagascan, and European roots and is played on percussion instruments, such as the drums and the tomtom, and on basic stringed instruments. Foreign influences were responsible for introducing the violin and the guitar to the region, both of which now play a significant part in its music.

Popular music in Seychelles stems from both local and international music. Seychellois youth appreciate western pop music (including hits from the U.S. and U.K.), as well as reggae and dancehall music.

Yes, there are several, including Sega, with its characteristic swaying of the hips; Moutia, which is accompanied by singing and has an African or Madagascan rhythm; and Kanmtole, which is a classical dance imported from foreign shores, accompanied by banjos, an accordion, and a violin.

Music and dance have always played a major role in the culture of the Seychelles and are still an important part of local festivities. There are lots of song and dance groups in the Seychelles, ranging from traditional local groups to modern jazz, reggae, country, hip-hop, ballad, and classic rock.

8.  What traditional Festivals are celebrated in your community?

Spiritual festivals include the Feast of Assumption, celebrated each year on 15th August, on La Digue Island. Activities include an open air mass, march, sports events, and food sales at numerous vendors.

SUBIOS, the Seychelles Festival of the Sea and Seychelles Roundtable Regatta in November are popular, with a focus on preserving the marine ecosystems surrounding Seychelles. The festival includes sports events, family beach activities, performances by international music artists, and food stalls.

Festival Kreol, in October, offers locals and visitors a fascinating week full of colors, sounds, flavors, and fragrances. The festival includes a float event, musical shows, art galleries, and various fairs around the three main islands of Mahe, Praslin, and La Digue. Local and international artists from all over the Indian Ocean team up to entertain the islands.

The weather in Seychelles is equable, being warm year-round, with temperatures ranging from highs of around 30 to lows of around 25. Humidity sits at around 80%, and most of the rain falls during December, January, and February.

The southeast trade winds blow regularly from May to November. Most of the islands lie outside the cyclone belt, so high winds are rare.

10. Tell us an interesting fact about your President?

President Danny Faure, leader of the People’s Party (Parti Lepep), has been the President since October 2016. Previously, he served as the Deputy President, from 2010 to 2016. He was born to Seychellois parents in the western Ugandan town of Kilembe. He completed his primary and secondary education in Seychelles. President Faure then studied at a university in Cuba, graduating with a degree in political science.

11. What are Seychelles major industries?

In recent years the government has encouraged foreign investment to upgrade hotels and other services, as well as promoted investment in agriculture and the offshore financial sector.

There are a lot of outdoor activities to keep locals busy. These include going to the beach, for a ride around the island, and visiting bars and restaurants. Time can also be spent visiting other islands, on boat trips, and enjoying water sports.

Water, local fruit juice, and alcohol are all popular. The local beers are very common, including Seybrew and EKU. Local rums, such as Takamaka Bay Rums, are also popular.

Staple foods include fish, seafood and shellfish dishes, often accompanied with rice. Fish dishes are cooked in several ways, such as steamed, grilled, wrapped in banana leaves, baked, salted, and smoked. Curry dishes with rice are also a significant aspect of the country’s cuisine. Additional food staples include coconut, breadfruit, and mangoes. Dishes are often garnished with fresh flowers.

17. In conclusion, famous (and sometimes infamous) people from Seychelles include: 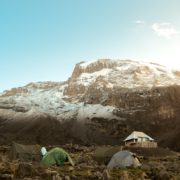 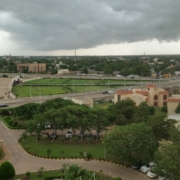 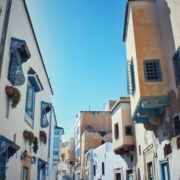 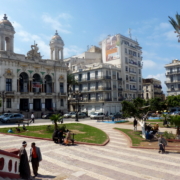 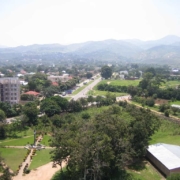 Valid UK Visa in an Expired Passport
Scroll to top