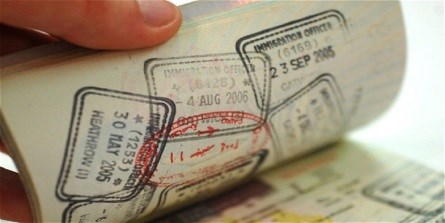 What is the change? South Africa has announced significant changes to the validity period of visas. Visas will no longer be valid beyond the expiration date of the holder’s passport, and authorities will no longer recognize or transfer an existing visa from an old passport to a new passport.

What does the change mean? All foreign nationals currently holding South African visas should check the expiration date on their passport, which is the date that now controls expiration of their visa (regardless of the visa’s stated validity period). Individuals applying for South African visas should also make sure that their passport is valid for at least 30 days beyond the requested visa period.

How will this impact foreign nationals with existing permits?
· Implementation time frame: Immediate.
· Visas/permits affected: All South African visas.
· Who is affected: Individuals currently holding or applying for South African visas.
· Business impact: The policy adds significant administrative burdens and requires employers and individuals to be aware of passport validity periods before applying for visas, as well as during the term of their visa. Individuals risk overstaying their visa (resulting in a one-year bar from entry into South Africa) if their passport expires before the end of their stated visa term.
· Next steps: Companies should work with their BAL professional to identify affected foreign employees and family members, including minor children whose passports usually have shorter validity periods. Those applying for visas may need to obtain a new passport if it is due to expire within the requested visa period. Those who already hold a visa that expires within 30 days before their passport expires may need to leave South Africa to avoid overstaying their visa.
Background: Previously, South African immigration authorities issued visas with a maximum validity period based on the period requested in the application. If a visa holder’s passport expired during the visa period, authorities would allow the visa holder to travel into South Africa with the expired passport holding the visa and the new passport; those already in South Africa could transfer their visa from an old passport to a new passport.

Under the new Department of Home Affairs policy, the maximum validity of a visa is the passport’s validity period minus 30 days. The policy affects individuals currently holding South African visas as well as those applying for or renewing visas, and affects visas issued abroad or in-country.

According to the DHA statement, “A visa issued with an expiry date beyond that of a passport is considered to have been issued in error and when discovered will be withdrawn.” The statement further clarifies that foreign nationals will not be exempt from immigration enforcement because a visa was issued in error. Therefore, in the event that a visa holder’s passport expires while in South Africa during the visa term (even if the visa validity was issued in error), DHA is likely to deem the foreign national an overstay who is subject to being on the “undesirables” list and barred from re-entry for at least 12 months.

For assistance with matters contact our South African immigration team – immigration@relocationafrica.com or call our offices +27 (0)21 7634240 Relocation Africa can provide a management tool to manage all foreign nationals expiry dates on passports and visas.