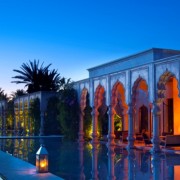 CASABLANCA, Morocco—A​ stable​ country in ​a wobbly region​, Morocco has long attracted foreigners thanks to its growing and stable economy.

As a native Moroccan, I have seen numerous foreigners, namely French, Spanish and Americans, settling in the North African country to learn Arabic or get a first experience in the Arab world.

That’s a great idea, although expats moving to the North African kingdom should bear in mind a few tips.

Morocco is more expensive than you think. Many foreigners think of the Morocco of the souks, the traditional markets, where things are cheap. But the rent in big cities, such as the economic capital Casablanca, is higher than in Boston, according to Mercer’s 2014 Cost of Living Survey.

Real estate prices in cities like Marrakesh can be as high as in Western Europe. Morocco is an emerging market that expanded by 4.5% in the fourth quarter of 2015.

However, there is a significant difference in real estate prices between big cities, like Rabat and Agadir, and the towns. Jean Pierre Cogitore, a Frenchman who retired in Morocco, pays 4,000 dirhams (about $370) a month for a two-person house at the outskirts of Essaouira city.

While vegetables, fruits, meat and fish, especially in traditional markets, are cheaper than in the U.S. or Western Europe, wines and spirits are more expensive in this Muslim nation. A good bottle of wine—which might cost $20 in the U.S.—costs up to $30. You can only find them in large supermarkets.