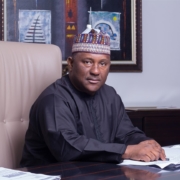 There are no defensive postures here. Undaunted by the potential for pandemic induced collapse in demand for commodities like sugar and cement, Nigerian billionaire Abdul Samad Rabiu sees only possibility – especially in agriculture, especially in Nigeria.

Not only is agribusiness relatively simple in terms of its business model, but it is urgent to save needed foreign exchange and to boost employment, he explains. Rabiu’s major focus is on promoting more production and processing to meet national demand and make more profits for his conglomerate BUA Group. BUA listed its subsidiary BUA Cement in January to raise capital for industrial projects in the glass, steel and oil sectors, citing the rigour and “scrutiny” of the process as a way of “de-risking” Nigerian opportunity for investors domestic and foreign.

“The opportunities are here,” enthuses the group chairman and chief executive during our videoconference, a portrait of South Africa’s former president Nelson Mandela beaming over his shoulder. That has not really been the case for the man on the Lagos Danfo, to twist a phrase – the city buses were restricted due to measures against transmission of COVID-19.

Most Nigerians are still reeling from the economic impact of the pandemic. Traders have ceased operation, farmers have thrown away produce due to the lack of transport, and businesses have mothballed investment projects. Most of BUA Group’s expansion programme remains undisturbed. Chief executive Rabiu unveiled plans for 3 million tonnes per annum (mtpa) in cement capacity and 50MW of power in Adamawa State in July.

However, he put off the announcement of a glass project that was slated for the postponed June France-Africa summit. While COVID-19 disrupted most firms, greater automation in BUA Group’s agribusiness and cement plants allows them to operate at about 40-50% of their normal capacity. “We are lucky for the fact we are even at 50%. Many others have not been able to work at all,” says Rabiu.

The ban on travel between Nigeria’s states was the greater challenge, “and that is lifting now”. He argues that “the impact [of the coronavirus] is going to be with us for quite some time” and that “entire industry business models are going to have to change.”

Learning from operating his family business as a young man, Rabiu has built up his empire slowly but surely. BUA Group has moved from a trading company importing commodities to a manufacturing powerhouse in agribusiness and construction materials. From edible oils, through sugar and cement projects, the group also operates a shipping terminal in the oil town of Port Harcourt and owns a real-estate portfolio.

Cement is the industrial star. BUA Cement had a solid first quarter in 2020, banking nearly $60m in profit. This means, according to Rabiu, that it can absorb the slowdown from April to June, and have year-end results that may be “better than 2019”. That is not something many other Nigerian companies are predicting. It is bullish given the record year the company had in 2019; a 47.5% increase in turnover, with profit jumping nearly 70%.

He attributes the leap to the launch of a second line at the Obu plant in March 2019, adding 3mtpa to BUA’s output, and the first full year of the Kalambaina plant’s second line operations. The cement expansion does not stop; while BUA Cement currently has capacity for 8mtpa, Rabiu is targeting 14mtpa over the next few years.

Analysts do not share Rabiu’s optimism about the sector in the short term. “We expect the deterioration in the macroeconomic conditions – caused by the outbreak of COVID-19, which triggered a sharp decline in oil prices – to constrain activities in the construction industry as fiscal spending on capital projects weakens,” wrote Nigeria’s CSL Stockbrokers.

The scars will remain for some time for the Nigerian economy at large, Rabiu says, with the damage hitting the poorest first. “The price of goods has gone up, especially food items,” he says, partly as a result of the devaluation of the naira but also because the virus has hurt port logistics, making the clearance of imports difficult. That could be seen as an opportunity to intensify Nigeria’s great push to support food production, something that the government of President Muhammadu Buhari has supported for rice in particular.

As part of Nigeria’s CACOVID (Coalition Against Covid-19), an organisation of private-sector operators pooling funds to help relief efforts, BUA has put money into feeding programmes in Lagos and other cities, to cushion the blow of the pandemic. Fundamentally, Rabiu is unhappy about the high level of food imports. “It should not be happening at all, not only here in Nigeria, but generally in Africa. We have 60% of the world’s arable land. We have the people [to farm]. We have the climate. We have everything it takes.”

He is keen for that opportunity to go beyond food crops to cash crops, and again focus on keeping value in Africa. “The US, Germany, Switzerland and Belgium produce 75% of the entire chocolate production worldwide. And if we look at the cocoa industry worldwide, what are we talking about, $150bn-$160bn? And Africa gets maybe $10bn-$15bn of that?”

He expects agriculture to provide the resilience that Nigeria needs in the post-COVID-19 era. Next year, for example, will see the ramping up or opening of operations at three major sugar plantations, including BUA’s own in Kwara State, as well as projects for Dangote Sugar and Golden Sugar.

BUA is Nigeria’s second-largest sugar producer after Dangote Sugar. “With that plantation, we will be able to produce 150,000tn of white sugar with millions of litres of ethanol, employing over 10,000 people in direct jobs,” says Rabiu.

He was inspired by a visit to Uganda’s Kakira sugar estate, run by the Madhvani family: “It was the most impressive sugar plantation I had ever seen.” And Mayur Madhvani told Rabiu that while he could get yields of 9tn per hectare in Uganda, the soils and potential in Nigeria were far greater. 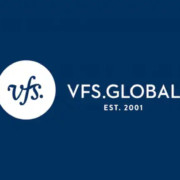 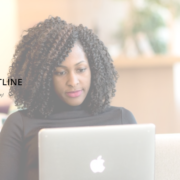 FNB and Fetola Launch Hotline to Give Entrepreneurs Advice 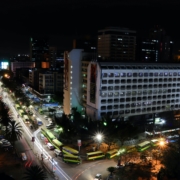 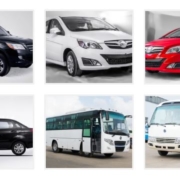 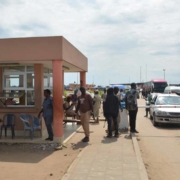 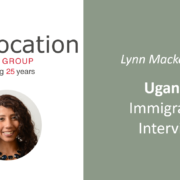 South Africa Has Published Its List of 60 Countries Banned From Leisure Tra...
Scroll to top