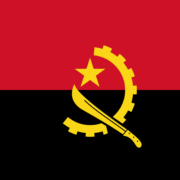 The Angolan government and the GTE, its partner for private business policies, agreed to change the date, although it still depends on a timetable to be set by the General Tax Administration (AGT), which is responsible for implementation of the Angolan state’s tax policies.

Among other recommendations, it was decided to opt for the “reducing” the IVA rate to 7% for companies in the Transitional Regime and to deduct at least 2% of the value of stock in the net amount of the Industrial Tax (II).

The government and the GTE also decided to consider new mechanisms to propose the creation of a specific legal instrument to avoid double taxation in the case of advances to official brokers. The IVA Code provides for a single rate of 14% for all imports of goods and for all large taxpayers with income above 15 million kwanzas (about 45,000 euros) and large public enterprises and banking institutions.

The new taxes will be applied as soon as IVA is implemented, which will replace the Consumer Tax (IC). These include the Special Consumption Tax (IEC) and the new Income Tax (IRT).

The IEC Code is mandatory for all natural persons or legal persons and other entities engaged in production operations, whatever the processes or means used, and on imports of goods. The IEC that is proposed for Angola focuses on importers, producers and holders for commercial purposes.

The IRT stipulates that income subject to tax will include profits shared with partners of purely civil companies, with or without a commercial form, and income earned by members of the corporate bodies.

Angola is the only country in the Southern African Development Community (SADC) which has yet to introduce VAT. In other member countries of the regional economic bloc the rate of this tax is over 14% and has been one of the main taxes for State Budget revenues.

How to Reduce your Carbon Footprint While Traveling
Scroll to top