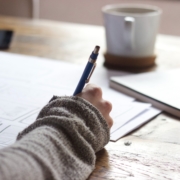 Many SA companies have resisted the idea of letting employees work from home. The coronavirus will force them to reconsider.

Could the coronavirus pandemic hasten the demise of the traditional SA office environment? The country is several years behind much of the world in adopting “remote working” — the ability to work for your company from wherever you want.

But now, as in the rest of the world, the need to limit Covid-19 infection rates is likely to force many SA companies to have employees work more from home. Once the trend takes hold, it will be difficult to turn back the clock, say experts.

For many people, remote working, sometimes called “telecommuting”, enables them to work away from their corporate cubicle either full-or part-time. As long as the work is good and on time, companies that encourage the practice don’t care where their staff are based.

It’s difficult to get an accurate estimate of the popularity of remote working. The US census says about 8-million Americans, or 5.2% of the working population, work from home full-time. Swiss research suggests that 70% of professionals around the world work from home at least one day a week, and 53% for at least half the week. Another study found that 44% of companies around the world don’t allow any remote working.

Remote working is not limited to home. Coffee shops and libraries are among venues favoured by people whose domestic circumstances don’t allow work.

Research by Jack Hammer, the US-based executive head-hunting firm with offices across Africa, says that of SA companies polled, 80% say they will offer remote working options to job candidates.

The company says the trend is in its early stages locally — a view reinforced by Sharron McPherson, a former Wall Street investment banker and attorney who is now an expert on technology disruption in emerging markets.

McPherson, a senior lecturer at the University of Cape Town’s Graduate School of Business, says that globally the number of remote workers grew 173% between 2003 and 2019. She says SA is “about four or five years behind the curve”, but predicts “a big spike” over the next two years — even without the coronavirus.

Why has SA been slow to adopt the idea? McPherson blames culture and mindset. South Africans, she says, like being together. For many employees, the idea of a solitary working environment does not appeal. “Some people are simply better suited to remote working than others,” she says. “Self-initiation and self-motivation are crucial traits.”

It’s not just employees. Many employers cling to the idea that staff must be seen at all hours of the working day. As Esther Canónico, a UK-based author, researcher and consultant on organisational behaviour, says: “As far as some companies are concerned, if they don’t see a worker working, then that worker is not working.”

Wits Business School professor Bhekinkosi Moyo thinks the problem is particularly prevalent in Africa. “This whole thing of going to the office and seeing people says to me that while the rest of the world is caught up in the fourth industrial revolution, our leaders are stuck in the second,” he says. “They measure people’s performance by how long they spend in the office. We need a strong culture shock.”

Covid-19, as devastating as it may be, could provide that shock. “If it wasn’t this virus, it would be something else,” says Moyo. “Something has to give.”

Canónico, who lectures at the London School of Economics, believes that while traditional offices will always have a place — companies need people on site and some employees like working there — the need for vast, expensive corporate HQs will diminish.

She agrees that the coronavirus will force companies that have resisted the idea to reconsider.

The pandemic isn’t the only factor forcing a rethink in SA. Gridlocked urban roads, made worse by failed traffic lights during load-shedding, cause workers to waste hours of potentially productive time sitting in traffic. Then, when they get to work, loss of Eskom power causes more frustration.

“Flexible hours and remote working may be the best solutions to helping businesses survive amid the chaos,” says McPherson.

But there’s more to it than convenience. As Canónico points out, remote employees are more loyal, happier and more productive.

Jack Hammer research shows that, in many interviews, remote working is one of the first issues to be raised by potential employees.

McPherson says: “Research from Stanford University shows that people are 13% more effective when working remotely. They take off fewer days and are less likely to take sick leave. They are also less likely to leave their company. There’s a clear bottom-line impact.”

For information as to how Relocation Africa can help you with your Mobility, Immigration, Research, Remuneration, and Expat Tax needs, email info@relocationafrica.com, or call us on +27 21 763 4240.
Sources: [1], [2]. Image sources: Green Chameleon [1], [2]. 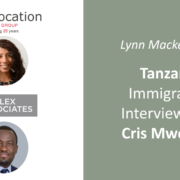 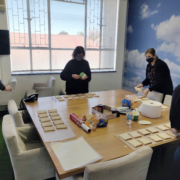