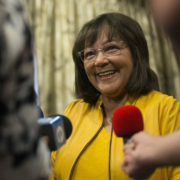 Former City of Cape Town Mayor Patricia de Lille says her new political party has everything in place to contest the 2019 elections.

The announcement comes a month after she resigned from her position as the city’s first citizen and as Democratic Alliance (DA) member last month.

“I am inviting all South Africans black, white, coloured and Indian, who are in search of something new that will disrupt our current political system. I am making a call for people to do good things for our country,” de Lille said.

De Lille revealed, however, that the name of her former party — the Independent Democrats — is being tested as a potential name, as well as a “new name” she is considering. It is the first indication that the former mayor might be reviving the ID — which is still registered as a political party with the Electoral Commission of South Africa.

De Lille said that she had already referred to global marketing giant Ipsos to research whether support existed for her and a new political party. She said that the survey indicated that support did exist. “I am ready to continue to serve my country under a new political movement and I have made the decision based on information and evidence,” De Lille said.

In her announcement, the former mayor spoke extensively on the legacy of apartheid and how her focus would be addressing the imbalances created by the past — including apartheid spatial planning in Cape Town, which has meant that most black people still live on the outskirts of the city, rather than in close proximity to economic opportunity.

She said that volunteers have been working on the project for some time, readying to make the announcement. “We were underground, now we can come above board,” she said. The party, she said, is currently unpacking its policy positions in consultation with members of the youth, who she said the party has been working with. 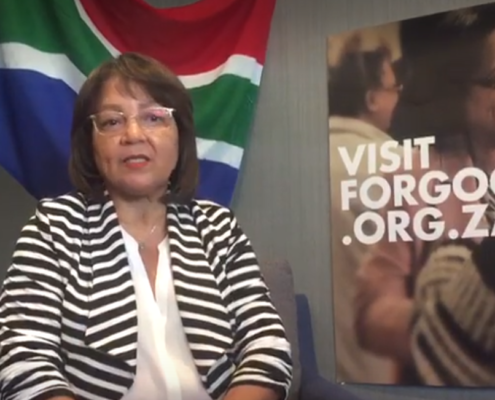 United Democratic Movement’s leader Bantu Holomisa says that De Lille has some value to add to the country’s political space.

“She should be given the opportunity to outline her vision and mission, not in the too distant future.”

The African National Congress’ Dullah Omar region chairperson Xolani Sotashe said: “She is welcomed to the space of politics once again. I have a lot of respect for De Lille. She is a seasoned politician.”

The Inkatha Freedom Party’s Narend Singh says all the signs were there that De Lille might re-enter the political boxing ring.

“I think she has been pushed to such an extent in her own past environment to do this. I have no doubt she will be a formidable force in the politics of South Africa as an individual and as a collective and we want to wish her well.”

De Lille says her new political party will live up to the vision she had when she joined the DA and is about providing South Africans with a better alternative.

“You know, the project that I started with Helen Zille in 2010, which unfortunately now is no longer there, was exactly to build that alternative because we believed that by building that alternative, we would be able to get people to vote for it. You can only use your vote for bringing about change in South Africa.”

This is de Lille’s fourth act in South African politics: from the Pan-Africanist Congress, to the Independent Democrats, to the Democratic Alliance, and now to her second attempt at an independent party. de Lille says her new political party will focus on empowering the youth.

The party’s official launch will be in January 2019, De Lille confirmed.