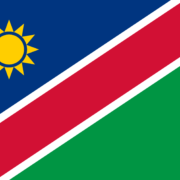 In a response that might lead to further artefacts being returned to Africa, a German museum has said it would return to Namibia a 15th-century navigation landmark that Portuguese explorers erected on the coast.
The navigation landmark is the padrao or stone cross erected at what soon became known as Cape Cross, north of Walvis Bay, by the Portuguese explorer Diogo Cão in 1486.

Cão had sailed the African coast seeking a way into the Indian Ocean and reached as far south as 22°10 S before turning back.

Before doing so he left his final “marker” on a small headland that as early as 1500 was being shown on maps as “Cape Cross”.

The next explorer to pass that way was Bartolomeu Dias who succeeded in becoming the first European to round the southernmost tip of Africa when he sailed into the Indian Ocean in 1488.

Dias went only as far as a little north of Algoa Bay before turning back, leaving the glory of opening a trade route to India to Vasco da Gama whose sailing along the east coast on Christmas Day, 1497 left us with the name of “Natal”. 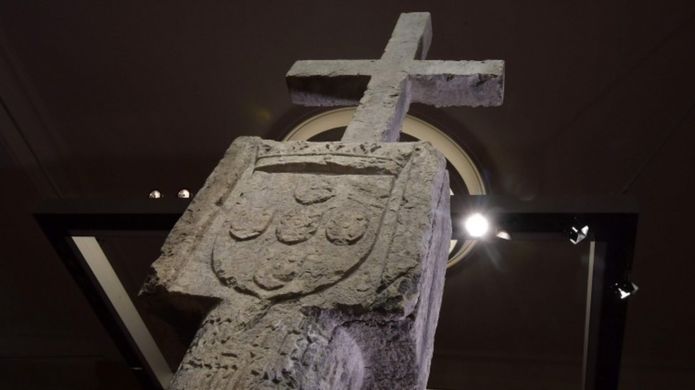 The stone cross at Cape Cross remained a useful marker to all navigators. Carved from sandstone and weighing more than a tonne most were able to withstand the ravages of time, but not always of man. Some are thought to have been destroyed by the inhabitants of the land on which they were planted by a European race claiming the land. Others, like that at Cape Cross, were later removed elsewhere.

The padrao at Cape Cross was one that remained in situ until the 1890s when the occupying Germans removed it to Germany. In 2006, the cross went on display at the the German Historical Museum in Berlin.

In 2017, Namibian authorities began requesting its return, which has been acceded and which might prove to be the start of a return to Namibia of other artefacts and even human remains.

Namibian ambassador to Germany, Andreas Guibeb, described the return of the cross as “important as a step for us to reconcile with our colonial past and the trail of humiliation and systematic injustice that it left behind”.

German culture minister Monika Gruetters said the restitution of the stone cross of Cape Cross was a clear signal that Germany was committed to coming to terms with its colonial past.

“For too many decades, the colonial time has been a blind spot in our remembrance culture,” she said.

The museum pointed out that while it has agreed to return the 533-year-old cross, despite it not being of African origin, it acknowledged the outstanding significance an artefact like this padrao had on the people of Namibia and the special contribution it could make on site in the future of understanding Namibia’s history.

The cross, it said, highlighted how “descendants from Europe and Africa can engage in dialogue that does historical justice” to it.

The Cape Cross padrao is 3.5m high and weighs 1.1 tonnes and, as with the others, was intended to be seen from out at sea.