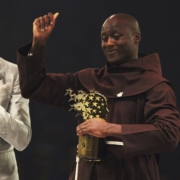 A Kenyan teacher from a remote village who gave away most of his earnings to the poor won a $1 million prize on Sunday for his work teaching in a government-run school that has just one computer and shoddy Internet access.

The annual Global Teacher Prize was awarded to Peter Tabichi in the opulent Atlantis Hotel in Dubai in a ceremony hosted by actor Hugh Jackman.

Tabichi said the farthest he’d traveled before this was to Uganda. Coming to Dubai marked his first time on an airplane.

Tabichi teaches science to high schoolers in the semi-arid village of Pwani where almost a third of children are orphans or have only one parent. Drought and famine are common.

He said the school has no library and no laboratory. He plans to use the million dollars from his win to improve the school and feed the poor.

Despite the obstacles Tabichi’s students face, he’s credited with helping many stay in school, qualify for international competitions in science and engineering and go on to college.

“At times, whenever I reflect on the challenges they face, I shed tears,” he said of his students, adding that his win will help give them confidence.

Kenyan President Uhuru Kenyatta said in a statement that Tabichi’s story “is the story of Africa” and of hope for future generations.

The prize is awarded by the Varkey Foundation, whose founder, Sunny Varkey, established the for-profit GEMS Education company that runs 55 schools in the United Arab Emirates, Egypt and Qatar. 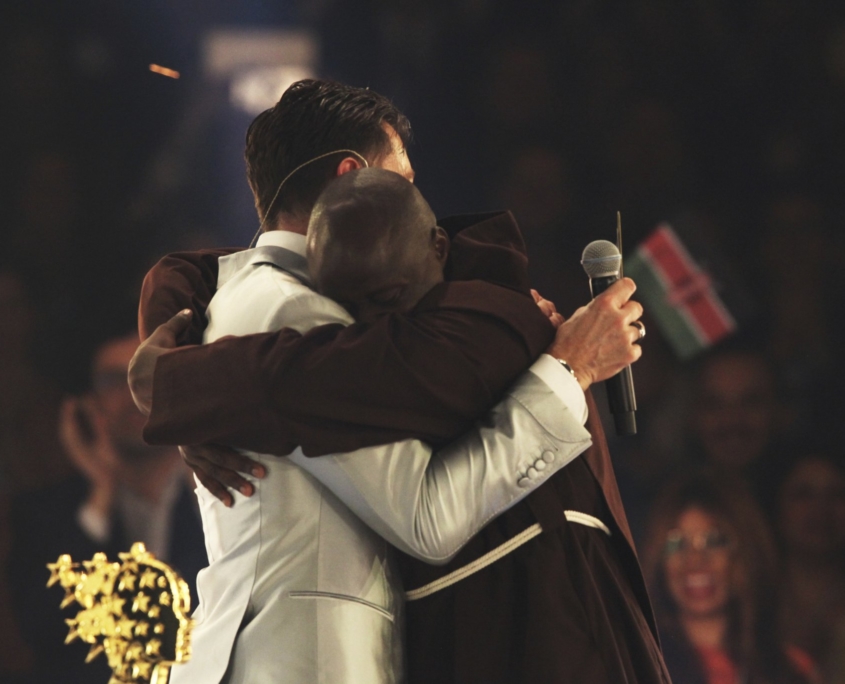 In his acceptance speech, Tabichi said his mother died when he was just 11 years old, leaving his father, a primary school teacher, with the job of raising him and his siblings alone.

Tabichi thanked his father for instilling Christian values in him, then pointed to his father in the audience, invited him up on stage and handed him the award to hold as the room erupted in applause and cheers.

“I found tonight to be incredibly emotional, very moving,” Jackman told the AP after hosting the ceremony and performing musical numbers from his film The Greatest Showman.

“It was a great honor, a thrill to be here and I just thought the whole evening was just filled with a really pure spirit,” he added.

Now in its fifth year, the prize is the largest of its kind. It’s quickly become one of the most coveted and prestigious for teachers. Tabichi selected out of out 10,000 applicants.

The winner is selected by committees comprised of teachers, journalists, officials, entrepreneurs, business leaders and scientists.

Last year, a British art teacher was awarded for her work in one of the most ethnically diverse places in the country. Her work was credited with helping students feel welcome and safe in a borough with high murder rates.

The 2015 inaugural winner was a teacher from Maine who founded a nonprofit demonstration school created for the purpose of developing and disseminating teaching methods.