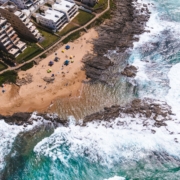 According to Gareth Bailey, Pam Golding Properties area principal for Durban Coastal on the KwaZulu-Natal (KZN) North Coast, an increasing number of people are relocating their families from Gauteng to secure estates on KZN’s North Coast, where they can enjoy the sub-tropical climate, warm ocean, an abundance of top schools, new shopping centres and restaurants.

Bailey said another trend is that the breadwinner often travels to Gauteng during the week and returns on a Thursday or Friday.

These homeowners achieve their primary goal of living in a quality environment and, given the 10 minute trip to the airport and one hour flight to Gauteng, they don’t have to sacrifice much more than the average commute times experienced in the major cities.

“While this semigration trend was initially most prevalent along the Atlantic Seaboard in Cape Town, there has been a significant shift toward the North Coast of KwaZulu-Natal. Two of the main factors affecting Cape Town include the city’s traffic congestion and, most recently, its water shortage.”

“It seems that KZN’s road infrastructure is pre-empting demand with the completion of three massive new interchanges at Umgeni, uMhlanga and Ballito within just a few years of each other. In addition, it seems that the relocation of the international airport to the North Coast has ultimately been a significant enabler of the semigrant trend in our area,” said Bailey.

“While many people still think that it is necessary to sacrifice preferred location to live closer to work and reduce commute times, a new breed of… semigrants are choosing to live in their ideal location and travel to their workplace during the week.”

“I think we will see this trend increasing as congestion in cities increases and people seek to prioritise quality of life over the hum-drum of big city living.” 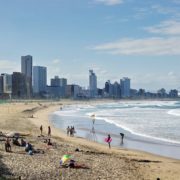 Signs of Renewed Expat, Foreigner Interest in SA Housing Market
Why You Should Use a Relocation Provider and What to Look For