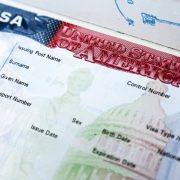 US Embassy in Lilongwe has denied reports that claimed Malawi had been added to the “U.S. Visa Waiver program” by US President Donald Trump who signed a controversial executive order to ban citizens from some seven Muslim countries around the world.

The rebuttal comes after some Malawian citizens have been spreading fake news on social media that the US has done Malawi a favor, allowing Malawian national to their country without requiring any Visa.

“The US Embassy has seen reports that Malawian citizens will no longer require visas for temporary travel to the United States. These reports are untrue. Malawian citizens travelling to the United States are most welcome but do require a visa,” in part reads a statement posted on US Embassy Lilongwe official Facebook page as well as on its website.