As part of president Geingob’s relentless efforts to root out corruption and create a culture of transparent governance in Namibia; his prime minister recently announced that anyone will be able to have a look at all cabinet minsters’ performance agreements at his office.

Last year we reported that in his first few weeks of being president, Geingob told his parliament that it certainly won’t be business as usual and that anyone who wanted to serve in his government would have to choose between serving the people and serving themselves.  Geingob warned his government that no-one will be allowed to have any businesses on the side and that he’d come down on corrupt officials like a tonne of bricks.

Now it looks like he really is taking them to task. Every one of Geingob’s ministers have committed themselves to performance based outcomes that the Namibian public can now hold them to; these include:

Permanent secretaries are expected to submit quarterly reports on the progress of their respective ministry and the relevant ministers will then send their progress reports to Geingob a month before the year ends.

Geingob will then hold an evaluation session with each minister after two months.

According to The Namibian, some of the agreements are a bit vague, but most of themclearly set out what is expected of the ministers:

These agreements were signed off by Geingob with Prime Minister Saara Kuugongelwa as witness, last year October.

Imagine if we could  do this here in South Africa… just imagine. 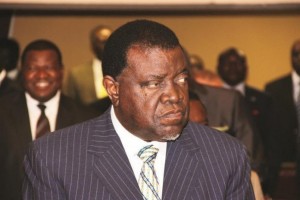 Jan 27, 2016/by René Stegmann
https://www.relocationafrica.com/wp-content/uploads/2020/09/relocationafricagroup.jpg 0 0 René Stegmann https://www.relocationafrica.com/wp-content/uploads/2020/09/relocationafricagroup.jpg René Stegmann2016-01-27 08:59:452016-01-27 08:59:45Namibia’s president has made his ministers’ performance agreements public If you haven’t already fallen in love with Nam’s no-nonsense ‘new’ president, here’s one more reason you should… he’s making all his ministers’ performance expectations public for all Namibians to see. By Gerhard Jacobs – January 25, 2016
Southern Africa lags in global visa openness – report 21 Jan 201610 things you need to know about registering as an overseas voter
Scroll to top