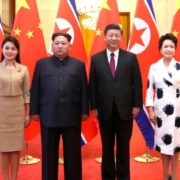 North Korean leader Kim Jong Un has made his first foreign trip since assuming power in 2011, meeting China’s President Xi Jinping in Beijing and discussing giving up the country’s nuclear weapons, according to Chinese state media.

Kim, who made the surprise trip to the Chinese capital at Beijing’s request, said he felt compelled to personally inform President Xi of the rapid diplomatic developments on the Korean Peninsula in recent weeks, Xinhua reported.

The visit represents stunning shift for Kim, who appears to be fashioning himself as a leader in search of a peaceful solution to the crisis on the Korean Peninsula. It’s in sharp contrast to 2017, when Kim oversaw a string of missile and nuclear tests that drew the ire of the international community.

Kim’s trip was the first of three potential meetings with some of the world’s most powerful leaders.

Kim is set to attend a summit with South Korean President Moon Jae-in next month, and will later meet US President Donald Trump, in what would be an historic first encounter between a sitting US President and a North Korean leader.

Trump tweeted Wednesday that Xi told him his meeting with Kim went “very well.” The US President added he was optimistic Kim will “do what is right for his people and for humanity. Look forward to our meeting!” 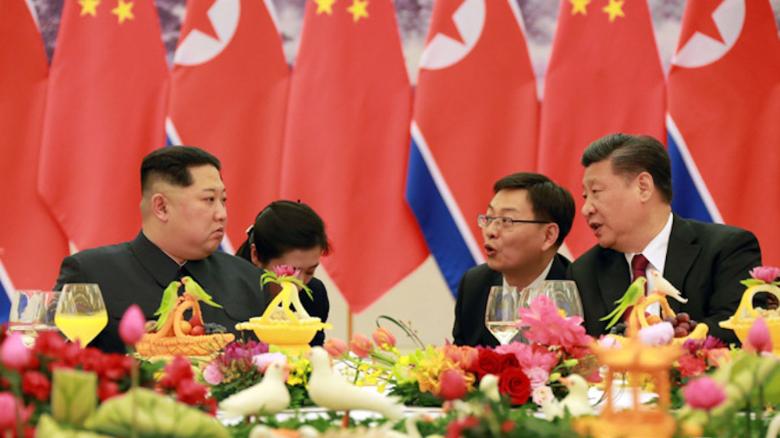 Analysts said the visit was a courtesy call aimed at shoring up Pyongyang’s ties with China, a traditional ally and major trading partner. Leaders from the two countries haven’t met since 2011, with ties souring after Kim purged some of Beijing’s allies in North Korea and the isolated nation relentlessly pursued its development of nuclear weapons.

Kim called for a “new era” in bilateral relations in a letter to Xi published by the Korean Central News Agency (KCNA), which also reported that Xi had accepted an invitation to visit North Korea “at a convenient time.” The acceptance of the invitation was not reported by Chinese state media although Xinhua said that Xi would keep in frequent contact, which could include exchange of visits.

“In this spring full of happiness and hopes, I believe my first meeting with General Secretary Xi Jinping will yield abundant fruits of DPRK-China friendship, and facilitate peace and stability on the Korean Peninsula,” said Kim, referring to Xi by his title as leader of the Chinese Communist Party.

North Korean state media made no mention of nuclear weapons in its coverage of the meeting.

From The Hippo’s Ears: Kenya
Scroll to top