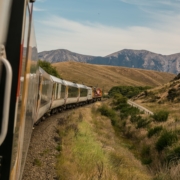 Although the headwinds facing globalization are growing in force around the globe, it has not yet managed to stem the desire by many to relocate in search of better prospected. Africa is no exception. According to the most recent round of the Afrobarometer survey, a continental public opinion survey conducted in 34 countries, more than one in three Africans have considered emigrating at the time of the interviews between 2016 and 2018.

This sentiment was particularly strong within the young and educated cohorts of the sample. About half of young adults (aged 18-25 years), and the same proportion and highly educated respondents indicated that they have given thought to the possibility of leaving their home countries in search of better opportunities. This has implications for the continent’s development.
According to the Population Division of the United Nations’ Department of Economic and Social Affairs (UNDESA), Africa’s demographic profile currently displays a youth bulge.

Although fertility rates are slowly declining, the continent still has the fastest-growing youth population, with about 60% below the age of 25. The possibility of a so-called ‘demographic dividend’ to be derived from the continent’s youthful population, can only materialize if young people are educated and employable. If, however, those who fall within this category are keen to look for opportunities elsewhere in the world, the prospects for leveraging this potential demographic windfall are diminished. The chart below shows the proportion of those who have considered emigrating by socio-demographic group using the latest Afrobarometer data from 34 countries. 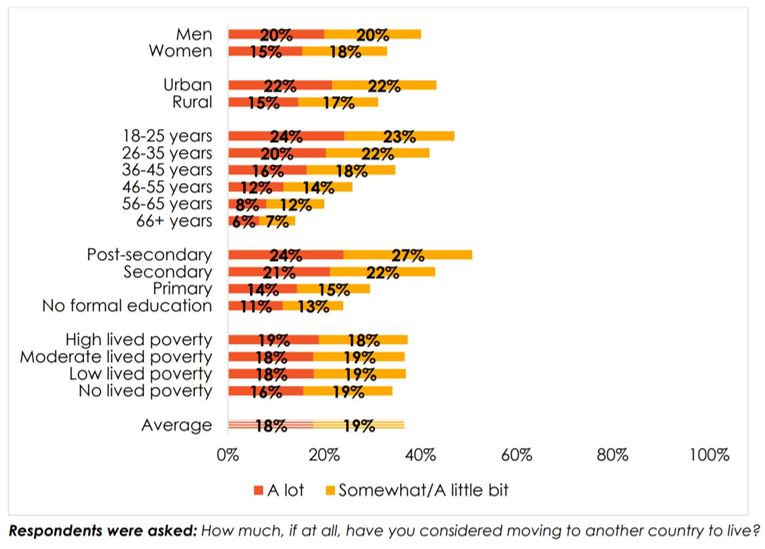 There may be several reasons why young people are considering the possibility of emigrating. Arguably, the lack of sustainable economic opportunities counts among the them. Youth unemployment might be a global phenomenon, particularly in the context of international economic stagnation, but the lack of congruence between the promise of a demographic dividend, and the and growing unemployment certainly does not encourage the prospect for a better life among young Africans. Research shows that a significant majority of young Africans are currently facing unemployment. It may be a virtue, but patriotism does not put food on the table, and according to the Afrobarometer data, shown below, finding work and escaping economic hardship count among the most frequently cited reasons to consider emigrating. 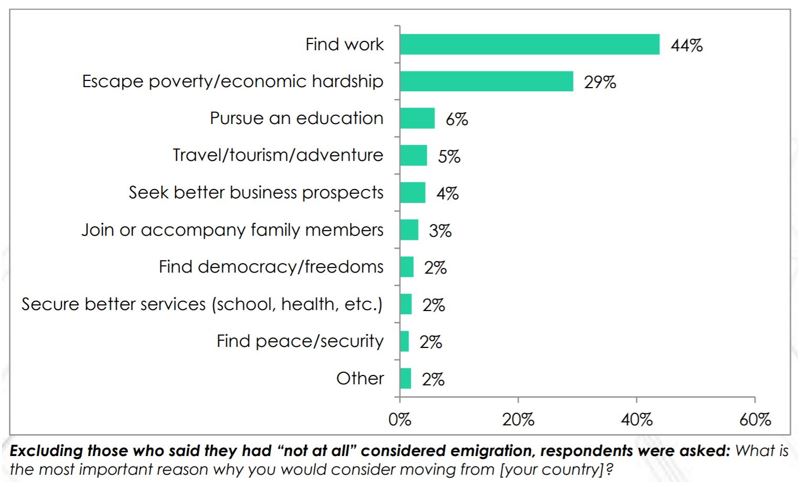 Given that migration is mostly driven by social and economic factors, policy responses should be on the creation of opportunities for young people to enter economic supply chains. Their ability to leverage such opportunities will, in turn, depend on the quality of education that they received. As such, investment in relevant education pathways into the economy would be critical. In light of this, developed countries, governments and public organisations should to create the room for young Africans to thrive. Failing to heed the needs and expectations of young people will come at a high price for the prosperity of the continent, its governance and the ability to retain and up-skill this essential constituency.

From The Hippo’s Ears: Burundi
Scroll to top