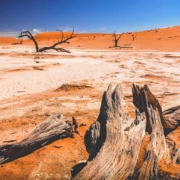 This article was written by Relocation Director Rene Stegmann.

Cape Town is cold and wet in the winter, so the Stegmanns strategically planned their African adventures in the June/July winter school holidays, to benefit from slightly warmer climates north of Cape Town. This year the destination was Namibia (again). We’ve been to Namibia in 2011, 2013, and travelled through the country in 2016 – it is our favourite country to visit.

We usually travel with other families, but this year we decided to go solo, which is a little nerve racking, as so much can go wrong travelling alone along long, gravel roads in Africa. Saying that, Namibia is fairly safe, so the worst that may happen is being stranded on the side of the road waiting for help for a while – it’s not uncommon to drive 250km between towns in Namibia, and we passed one ‘town’ called Spes Bona, which comprised 5 farm houses and a couple of sheds. I guess part of what makes these trips so much fun is the adventures that they bring, and the stories that we can share for years to come based on the experiences we have while traveling around our beautiful continent. 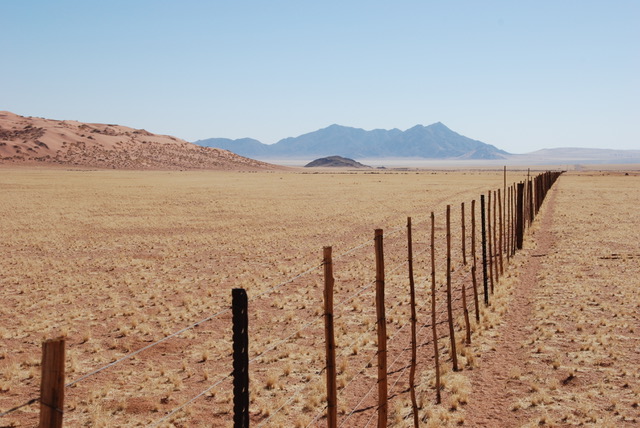 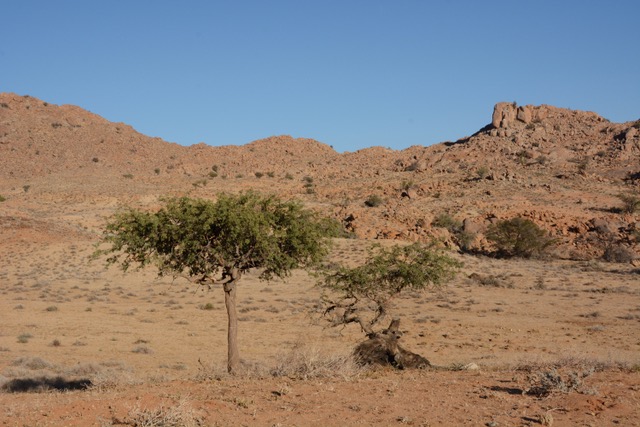 It’s a fairly long drive from Cape Town to the Namibian border, so we spent the night on the West Coast at a place called Hondeklipbaai (which directly translated is ‘Dog Stone Bay’) – we did not get to see if there were dog shaped stones, but we were certainly in a bay. We arrived late and left early, so unfortunately did not get to adventure much there. To the border we went. Border posts are usually busy, but this one, which is called Oranjemund (translated this means Orange Mouth – it is where the Orange River flows into the sea), was quiet. We breezed through the SA side, and drove across the river.

On the Namibian side, it was pretty easy until a lady said, “Do you have any meat?”. Bearing in mind, we are just about to spend 2 weeks in a country with very few corner shops with decent meat or milk (I think we drove past 3 in the 2,800km we drove in Namibia), this was going to be a problem! I said “just a few items, why?” Apparently not widely advertised on websites where I did my research is that there is a foot-and-mouth disease risk with meat from South Africa. I understand that meat from other sources other than our strictly controlled supermarkets like Woolworths or Pick ‘n Pay could be problematic, but vacuum-packed meat should be fine.

Anyway, we had two choices: Hand over the meat on the Namibian side and they would destroy it, or drive it back to SA and give it to the border control people. We decided to do the latter, and the border officials were very appreciative of a week’s supply of good quality meat. (Note to self; call the Department of Agriculture before you travel outside SA for more accurate information).

We then continued our journey on pretty good roads to Aus, and stayed at Eagles Nest – part of the Gondwana Klein Aus Collection. These were fabulous huts, tucked away in rocky mountains. They also have 68 km of mountain bike trails which we discovered, as well as some incredible hikes. We thoroughly enjoyed the warmer days and adventuring in this area. 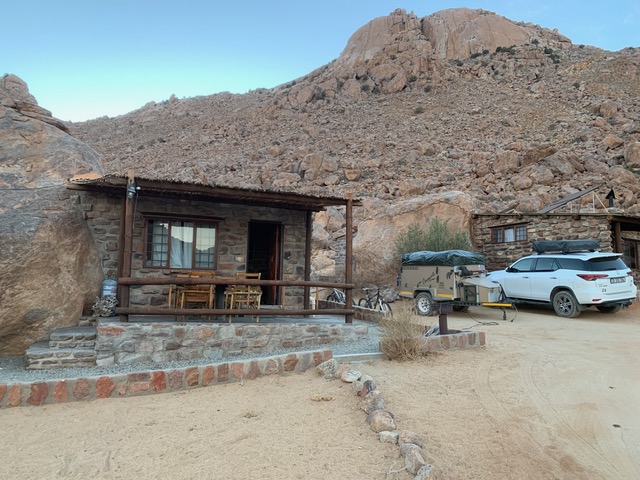 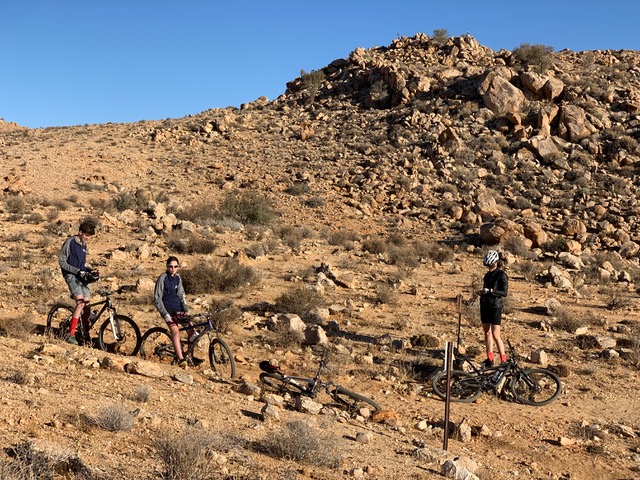 Namibia has a population of around 2.5 million, in a country twice the size of California, and the only independent states with lower population densities are Mongolia, Monaco, and Greenland. Driving around Namibia, you certainly feel the space around you – you can drive for miles and not see a single person or car. I guess this is why we chose Namibia, as we really wanted a proper break from life in the big city – the Cape Town Metropolitan area has a population of 3.7 million people. There was also no mobile network signal, and certainly no Wi-Fi, so we connected with our teenagers too.

We then headed to Kanaan, which is a great location for staring at the stars, playing board games, hiking, cycling to a refreshing reservoir pool, and relaxing while overlooking a vast plain, just contemplating life. 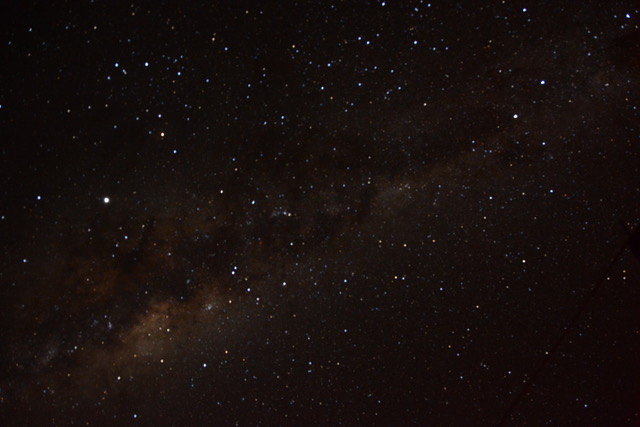 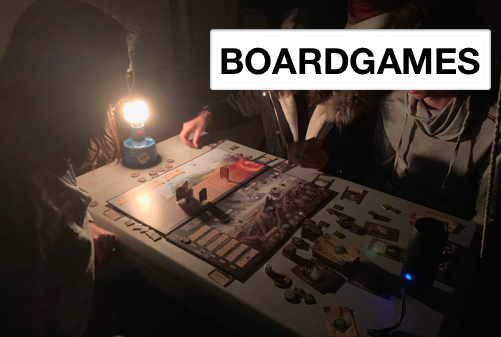 This area is an International Dark Sky reserve. The area is therefore protected, and there is no artificial light, so one can look up at the billions of stars, and get a spectacular view of the Milky Way. It really gives one the opportunity to see the raw beauty that nature has to offer, and to think about how we are impacting our planet.

The next section of our trip took us to the Namibian Wildlife Reserve’s (NWR) Nauklauft National Park. The roads got rough, to the point we were having to drive on the wrong side of the road, as the corrugations in the surface were so bad. It is certainly worth putting on good tyres – Goodrich are my tyres of choice for all off-road driving! Nauklauft has some incredible hiking. I think NWR could certainly do with some help with getting better information to their visitors – maps were terrible, but the route markings were alright.

8 km into the 10 km hike we were doing through a gorge, there was a section that our usual travel companions who suffer from vertigo would have been unable to complete. There was a metal chain you needed to hold onto to traverse a 20 m section, which had a vertical drop of 15 m into a rocky ravine!

Another interesting fact, which I only discovered after writing this article, is that Namibia has the largest population of free-roaming cheetahs, at around 3000. This is interesting, as even though we were walking in the reserve on our own, we came across two young zebra legs, which meant there certainly was some wild animal around, and it was either a leopard, or one of these free-roaming cheetahs. Most national parks that have knowledge that there are cheetahs or leopards in the park usually warn you. I guess it says a lot about the relaxed attitude of most Namibians, who are a wonderfully friendly people. 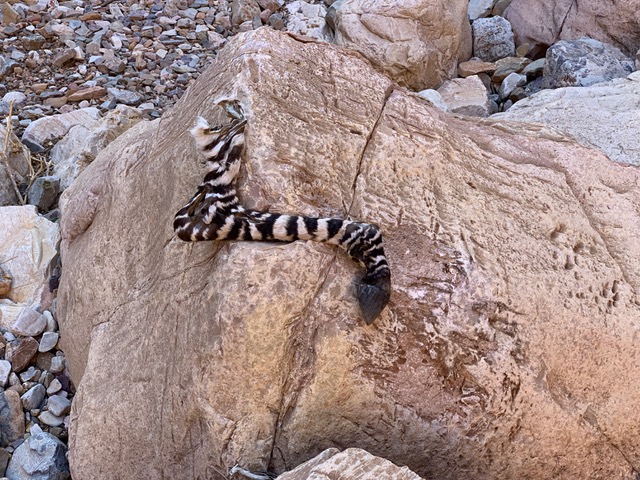 Our next stop was Sossusvlei, and we decided to stay in the NWR park, as it allowed us to see the dunes at sunset and sunrise – for photographs this is really special, as the campsite is past the reserve gates, which only open at 7 am.

We also learned that at the bottom of the dunes, the white, hard clay patches with dead trees are from a river called the Tsauchab River, which flooded thousands of years ago, leaving these white, hard patches of salty, cracked earth, and caused the acacia trees to ‘freeze’. The view from the top of Big Daddy leaves a lasting impression of a sea of dunes, and is definitely worth a visit.

Our next stay was in Duwisib Castle, which sounds lovely, but I would state that NWR again needs to look at how to preserve their heritage, as this was a lovely castle with a great story, but sadly left to ruin. It was a great change to have someone else making supper for us, and it was our first night out of 11 not camping. At breakfast, we watched Donald Trump meet with Kim Jong Un on the BBC feed playing on the TV that was bolted to the castle walls. 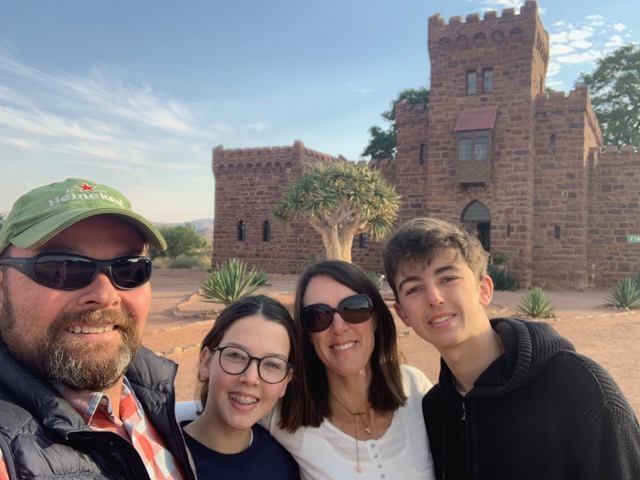 Our final stop was the Fish River Canyon, which is the second largest canyon in the world, but the most beautiful in my opinion. Again, the roads were literally hair-raising, and I reckon a kidney belt was almost necessary to get across some stretches of the road. We saw remnants of car tyres littered all over Namibia, which gave us a clear indication of the condition of some of the roads. 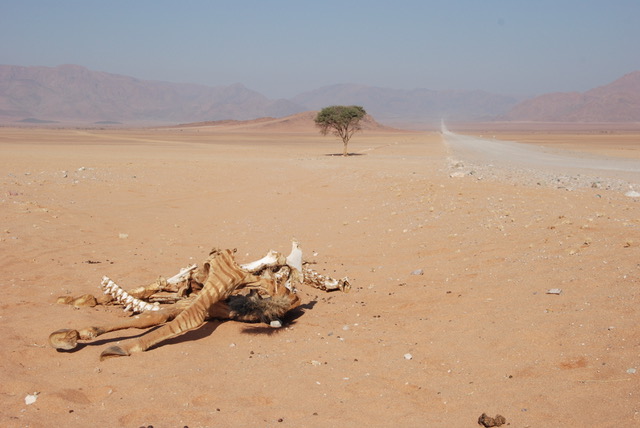 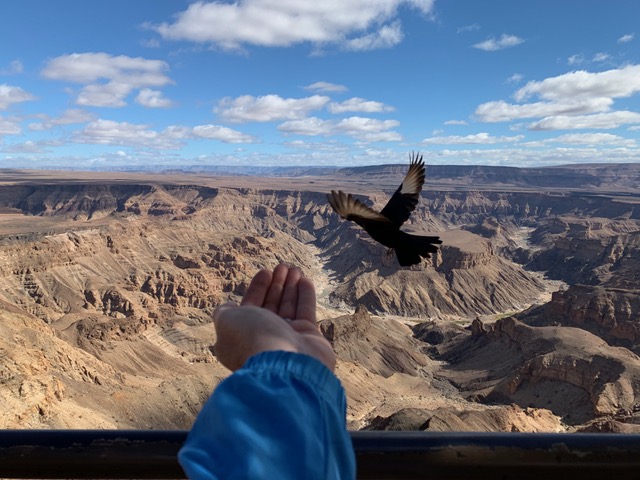 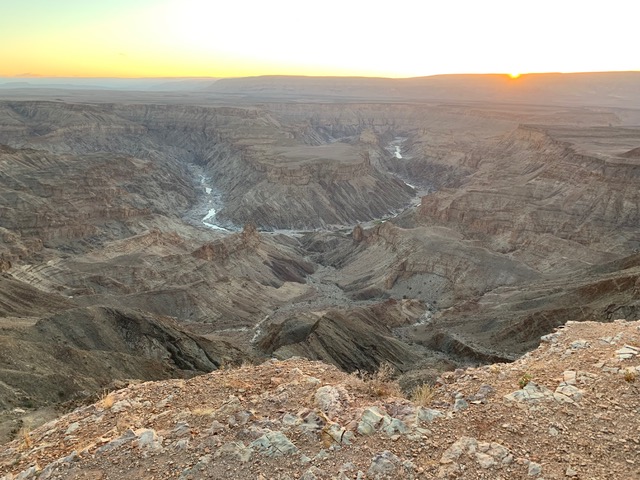 It was wonderful finally having electricity in our campsite for the last 2 nights of the holiday, at Hobas, the NWR camp at the Fish River Canyon. We’d survived on solar-charged batteries and gas up to this point, however our gas-powered heater was very welcome in keeping us warm as we played our final board game, sipping hot chocolate in our tent before finally packing up for the 850 km drive back to Cape Town the following morning.

Namibia is a country I really enjoy travelling through. It is home to the world’s oldest desert, the Namib, which is over 55 million years old, and stretches over 2000 km along the Atlantic coasts of Namibia, South Africa and Angola.

If you are a keen photographer, the country offers many wonderful opportunities to test your skills in an environment quite different to the one most of us live in.

We didn’t get up to the capital, Windhoek, to do research for our clients, but holidays are for taking a break from work, and I’ll be very happy to go up there any time to do the research, if the team need me to do so one day. For now, I’ve got many memories of picturesque Namibia to keep me going until my next trip.

Tourism in South Africa: Where Are Our Visitors Coming From?
Scroll to top