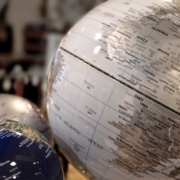 Change is coming. For those of you travelling to South Africa in the near future, Malusi Gigaba just made your life a little easier.

For many visitors, travelling to South Africa begins with a mountain of paperwork and laborious visits to government institutions. However, the visa processes have now been relaxed significantly, as Home Affairs Minister Malusi Gigaba revealed some huge changes on Tuesday morning.

In fact, a total of 19 countries have seen a visa requirement waived altogether. Meanwhile, tourists coming from China and India can now do all their applications remotely. These aren’t the only alterations Gigaba revealed at his media briefing, though:

E-visas are coming
If you need to catch up with what an e-visa is, you can read about it here. It’s literally an electronic form of your visa paperwork. South Africa is looking to pilot this scheme with travellers to and from New Zealand, from Autumn 2019.

E-gates are also being introduced to both Cape Town and Lanseria Airports respectively. This is where you simply scan your passport and look into a camera, allowing you to progress through border control without having to wait in long queues or face any human interaction.

Long-term multiple entry visas
Gigaba’s plans aren’t just about enticing new visitors to South Africa each year. They are firmly focused on keeping the returning tourists – the regulars, shall we say – happy with Mzansi.

That’s why there will be a roll-out of three long-term visas for travellers from certain areas. South Africa is earning its spot at the Brics table, by offering residents of Brazil, Russia, India and China a 10-year multiple entry visa.

Meanwhile, a 10-year visitor visa for academics and business-people from Africa is also in the pipeline. Not coming here in an official capacity? Then you’re still catered for, thanks to the new three-year multiple entry visa that will be offered to frequent travellers who come to our shores.

Critical skills update
By April 2019, Home Affairs will look to have a revised critical skills list for foreigners. They are likely to add more fields of employment to the list, opening the doors for a wider range of skilled and valuable migrant workers.

Interestingly, foreign students who graduate from South African university courses related to the critical skills shortlist will be offered the chance to apply for permanent residency, upon completion of their course.

Visa waiver agreements
A total of 19 countries are in line to be granted visa-free travel to South Africa, following the proposals delivered by Malusi Gigaba. It looks as if the doors have been thrown open for Gulf State nations – something we’re sure will keep a certain Jacob Zuma very happy.

Minors
Finally, the department is keen to make things a lot smoother for minors travelling to South Africa. Malusi Gigaba announced that there will be less “rigidity” when it comes to this policy:

“We are simplifying the rules on travelling minors who are foreign nationals to minimize disruption to legitimate travellers without compromising the safety of minors and the rights of their parents.”

“Immigration officials will only insist on documentation by exception, in high-risk situations, rather than for all travellers, in line with practice by several other countries. Rather than denying entry where documentation is absent, travellers will be given an opportunity to prove parental consent.”