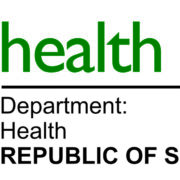 An Enterprise factory in Polokwane, Limpopo, has been found to be the source of the Listeriosis outbreak in South Africa that has resulted in widespread public health concerns of late.

On Sunday‚ Health Minister Aaron Motsoaledi named Enterprise’s food production plant in Polokwane‚ Limpopo‚ as the confirmed source of the unique strain of listeria‚ which has caused the world’s biggest documented Listeriosis outbreak‚ with 948 confirmed cases.

At least 16 samples of food products collected from that plant tested positive for the ST6 strain‚ unique to the South African outbreak of listeriosis. And preliminary results show that other ready-to-eat products at Enterprise’s Germiston plant‚ as well as Rainbow Chickens’ (RCL) Wolwehoek plant‚ also contain Listeria‚ but the sequence type has yet to be confirmed.

Pick n Pay and Woolworths have started recalling all products named as possible culprits in the Listeriosis outbreak. These include items from Enterprise and Rainbow brands. The Enterprise brands include Bokkie‚ Renown‚ Lifestyle‚ Mieliekip items.

Pick n Pay’s David North has stated that, “all ready-to-eat products such as polony and russian sausages manufactured at the Rainbow facility in Sasolburg are also being withdrawn. This action is taking place in all Pick n Pay and Boxer stores. In addition‚ as a precaution‚ Pick n Pay-branded chicken polony‚ manufactured by Rainbow‚ is also being withdrawn”. North said all fridges and food preparation areas in Pick n Pay stores will be cleaned to prevent any cross-contamination. Recalled meat is being isolated and will be safely destroyed.

“Food safety is of paramount importance to Woolworths and we take all issues regarding the production of our food seriously‚” the retailer said on its Facebook page. Woolworths has recalled a number of viennas and cold meat products. Woolworths said in a statement that it proactively manages food safety, in addition to their independent food safety testing and auditing, to prevent microbial contamination of food and that the the recall is “an additional precautionary measure”.

Woolworths provided a full list of their ready-to-eat products customers can return for a full refund, which can be found here.

In a statement, Checkers said it is “taking swift action to remove products named by the Health Ministry as sources of listeria”.

Enterprise – part Tiger Brands – issued a statement on Sunday saying the company had “proactively amplified” its testing for listeria and could confirm that it found a “low detection” of a strain of listeria in some of its products on February 14. They further stated that they “have been actively engaging the department of health and the NICD on [their] findings, and have openly collaborated with them”.

A statement by Enterprise can be found here, and press releases by Tiger Brands can be seen here.

South African citizens have been advised to immediately remove any of the polony or sausage products named by the health ministry as possible culprits from their fridges, so as to avoid contaminating any other food items. These items will be refunded even if they have been partially eaten, and no receipt of purchase can be produced.

Post-Amnesty, $250 million Has Returned to Zimbabwe
Scroll to top