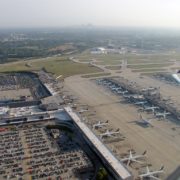 New York’s John F. Kennedy International Airport is no longer ranked among the 20 busiest in the world, thanks to the rush in Asia.

Among those pushing out JFK was New Delhi’s Indira Gandhi International Airport, which made its debut on the table last year at No. 16, according to Airports Council International rankings released Monday.

The Indian airfield was also the fastest-growing on the list, with passenger traffic rising 14 percent, followed by 10 percent at China’s Guangzhou, which climbed two notches to No. 13.

The center of gravity for world aviation is continuing its eastward shift, with China and India poised to feature among the world’s top three air-travel markets by 2020 as rising incomes make fares more affordable, Montreal-based ACI said.

The Asia Pacific region is likely to have 3.5 billion passengers by 2036, adding more than double the forecast for North America and Europe combined, according to estimates by the International Air Transport Association.

To cater to that explosion in demand, about half of the $1 trillion budgeted for airport expansions and upgrades around the world are expected to be spent in Asia, Sydney-based CAPA Centre for Aviation estimates.

JFK, as in some other big cities, has other airports nearby. The combined traffic at the New York metropolitan area’s three large airports is typically twice that of JFK’s alone. 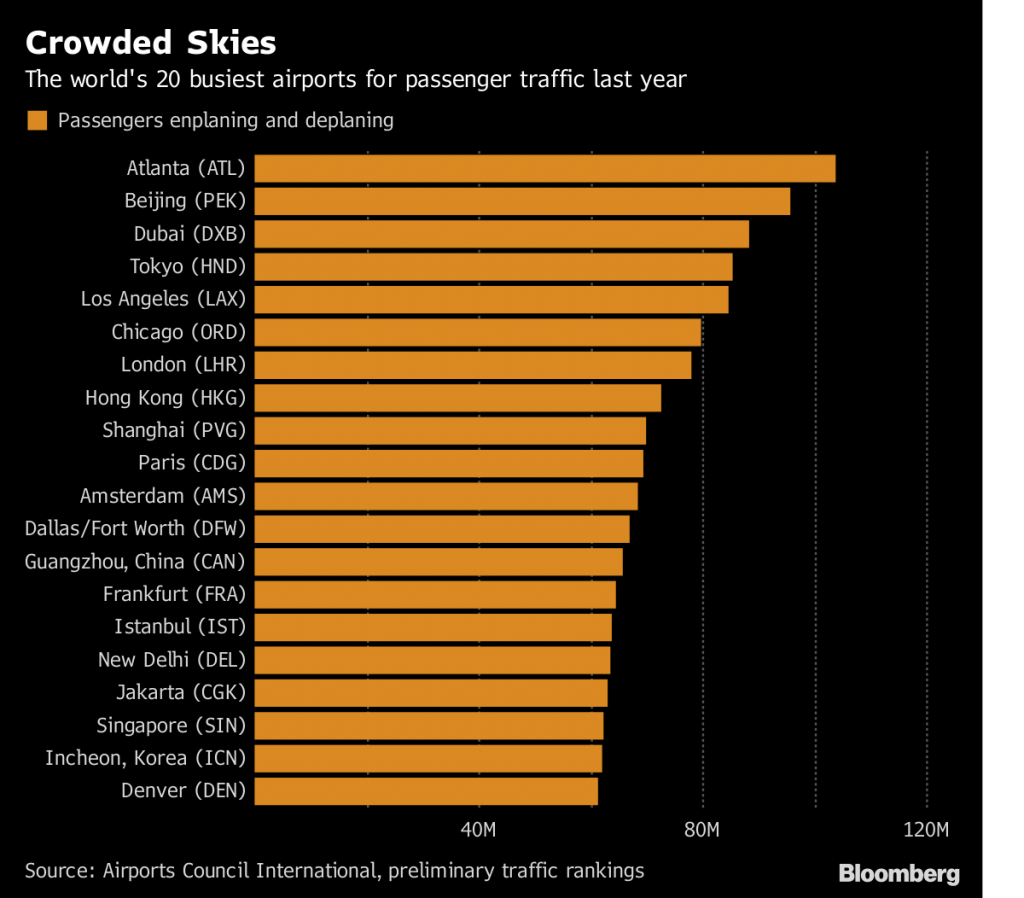