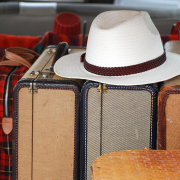 “As from 1 September 2014, the department began implementing the visa requirements for British diplomatic and official passport holders. This was reciprocal action on our part,” he told reporters in Pretoria.

“Ordinary passport holders such as tourists will remain unaffected by this new requirement. The British government, in 2010, announced visa requirements for all South Africans – ordinary, official, and diplomatic.”

He said Pretoria had tried in vain to “persuade” London officials to at least exempt officials when they visited the country.

“We therefore decided that we would reciprocate as is an international principle. We still have exempted the ordinary passport holders of Britain,” he said.

British officials, if they want to travel to Pretoria, are now required to approach the South African mission.

“They are required to present themselves at the South African High Commission in London. Like everybody else they must apply in person and we will interview them. We will grant them a visa if we deem it necessary.

“Visiting South Africa is not a foreigner’s right [but] a privilege granted to a foreigner by the South African government depending on whether we are satisfied about the purpose of your visit,” said Gigaba.

He said government had been “lenient” on British officials because their visa applications were free of charge.

South Africa hoped to engage further with the British government on the visa debacle in the hope of reciprocal scrapping of visa requirements.

“We would like a situation where the British would heed our request for them to re-introduce a visa exemption for South Africans but we are certainly not on our knees,” said Gigaba.

"Thanks to Peta for a truly valuable and helpful home hunting experience. Peta has great knowledge of the local rental market and was able to help me find apartments I loved and negotiate extras with the rental contract that I would not have thought to do myself. The home search service has been great value, particularly the assistance with contract review and organisation of paperwork. Peta is a great asset to Relo Africa and I very much enjoyed our day of property viewing. Thanks again!"
Ceri Herbert - E&Y