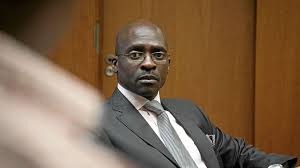 On a night when there were no winners, the biggest loser during President Jacob Zuma’s State of the Nation Address in Parliament last night was Malusi Gigaba, the Minister of Home Affairs.

Under fire for months because of the department’s visa regulations that discourage foreign leisure and business travel to South Africa, Gigaba sat stony-faced as Zuma announced a review of visa regulations.

Zuma said: “To attract foreign skills for our growing economy we will dialogue with various stakeholders on the migration policy. We will also prioritize the review of visa regulations to strike a balance between national security and growth in tourism.”

Zuma struck a second blow at the Department of Home Affairs later in his address when he announced that banks will become involved in the ambitious programme to issue new smart ID cards to all residents of South Africa.

It is widely accepted that the Department of Home Affairs is one of the most dysfunctional government departments. Staff in its offices work in appalling conditions and are overwhelmed by mountains of paperwork and by the fact that many people who need assistance cannot speak, read or write any of South Africa’s official languages.

Showing that he has no faith that the department will be able to manage the task of issuing new ID documents to tens of millions of people, Zuma said: “To further improve access to identity documents, citizens will from this year be able to apply for the new smart ID card at their local bank due to partnership between the Department of Home Affairs and some banks in the country.”

Once seen as a highflier destined for great things, Gigaba has been Minister of Home Affairs since May 2014 but it appears that Zuma has lost confidence and patience in him and the Department of Home Affairs’ most senior officials.

Another controversial part of Zuma’s address concerned his hopes for foreign investment, it is difficult to reconcile these expectations with the fact that foreigners will no longer be able to invest in property in South Africa as he announced last night. It is not clear how that will affect foreign businesses and individuals who currently own land in South Africa.