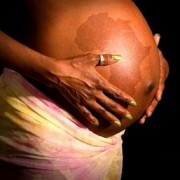 For advocates of regional integration as a path toward economic and political power for Africa, Afrobarometer’s latest survey findings suggest that many citizens still need to be convinced of the benefits of integration.

The findings, which are being released on the occasion of Africa Day 2016 (May 25), show limited public support for integration, with wide variations by country and region. On average across 36 countries, a majority of Africans favour free cross-border movement of people and goods, but this is not the majority view in 15 of those countries. Meanwhile, only one in four citizens say it’s easy to cross international borders.

When asked to choose between respecting national sovereignty versus a regional role for states in protecting free elections and human rights in neighbouring countries, most Africans emphasize national sovereignty. And while a majority of Africans consider the African Union (AU) and regional economic communities (RECs) at least “a little bit” helpful to their countries, this is not the case in all countries, and about three in 10 citizens don’t know enough about these organisations to have an opinion.

Africans in India living ‘in fear’ after killing: Envoys
Scroll to top