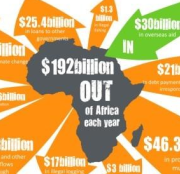 Illicit financial flows across the continent continue to be the biggest avenue of losses of revenue across Africa, officials from the United Nations Economic Commission for Africa (UNECA) have said.

Officials from the commission say that Africa continues to lose a significant amount of revenue which has had grave consequences on the development of the continent. 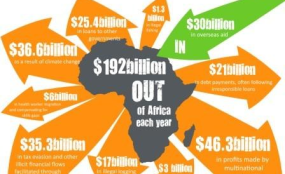 Illicit financial flows are illegal movements of money or capital from one country to another especially to safe havens without paying necessary taxes and appropriate revenues in countries where they are earned.
This in turn reduces domestic resources and tax revenue needed to fund development.

A 2015 report by the Africa Progress Panel led by former South African president Thabo Mbeki had put the value of illicit financial flows at $50b, but UNECA puts it over $80b.

Abdalla Hamdok the deputy Executive Secretary and Chief Economist at UNECA said that the illicit flows mostly stem from capacity deficits of some countries to deal with tax evasions as well as inadequacies in tax collection.

FOREX Africa: A Rating Downgrade Could Be Good For The South African Rand
Scroll to top