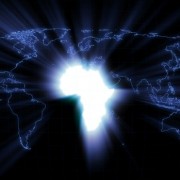 As the cost of living rise unevenly across the world, the World Bank periodically updates the global poverty line to reflect these changes. Nevertheless, there are many concerns about how the line was defined and has been revised over the decades.