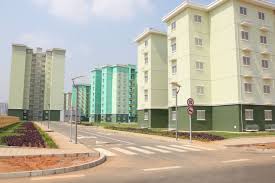 One could hardly anticipate that after twenty seven years of civil war, Angola will become an expatriate destination immediately after the end of the war. The civil war shattered the country’s administration, economy and infrastructures. The country did not have some basic services and needs when the war ended in 2002. The lack of such services and needs did not deter expatriates to consider Angola as a destination.

The civil war prevented an entire generation from accessing education. At the end of the war, the country needed to be rebuild but locally, the man power was lacking. It is possibly why the country turned to man power importation. As such, the needed skills could be sourced outside the country to build the country’s economy that revolves around the exploitation of minerals such as oil and diamond.

In 2012, 5% increase for rental prices for the year 2013 was predicted. The increase was not only due to expatriates presence, but also to the “Angolans nouveaux riches” who sought expatriate type accommodations. The renting of up market properties by local could definitely mean a continuous increase for the coming years as the demand may keep increasing.

The current decrease does not seem to be having an impact on expatriates housing budget. Indeed 2% of USD 20000 the price of some properties in Angola is just USD 400 and this may explain why Angola still remain the most expensive destination in Africa in general and rental accommodation in particular. Nevertheless, if we continue to have more properties coming in the rental market, rental prices may continue to shrink and this may be some relief for expatriates.

What this clip below to get a sense of the development in Angola.