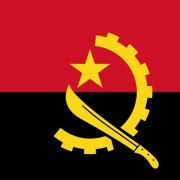 Luanda – After the end of Angola’s long civil war in 2002, the capital Luanda became an unlikely African version of Dubai, as oil money poured in and a clutch of skyscrapers sprang up along the coast.

But many new office blocks now stand empty or unfinished as the country suffers the painful aftermath of a boom that came crashing down with the fall in oil prices two years ago.

Last month, after the local kwanza currency plunged in value, Luanda lost its top spot as the world’s most expensive city for expats as rated by Mercer’s annual survey.

The city still sits at number two, just below Hong Kong, thanks to the pumped-up price of everything from imported bottled water and restaurant seafood to renting modern apartments.

At the upmarket Candando supermarket in Talatona district, customers like Katia Carreta say the economy’s rollercoaster ride has left even wealthier families uncertain of whether they have a future in the country.

“Prices are far too high for the current level of wages,” Carreta, 46, an Angolan whose husband works for a construction company, told AFP as she pushed her trolley out of the store.

“Things simply cost too much for the lifestyle that we were hoping to have,” said the mother of four.

Candando – slogan: “Everything will be better” – is a large, chic supermarket with brightly-lit aisles, fresh food displays, a coffee shop and prices to match. But its target audience is under strain.

Even after the fall of the kwanza, six eggs cost the equivalent of $3.50, as does a packet of imported cheese, while a large bag of rice or three salmon steaks cost $30.

Away from newly-developed Talatona, many of Luanda’s residents still live in slums, with tin shacks spreading to the horizon.

Overtaking Egypt, Closing In On Nigeria: Can South Africa Regain No. 1 Spot...
Scroll to top