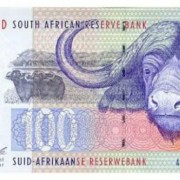 Cape Town – In the midst of staggeringly high unemployment figures, South Africa hosted more asylum seekers than any other country in the world at the end of 2015, according to a report by the United Nations Refugee Agency (UNHCR).

In the first quarter of 2016, unemployment rose to 26.7%, from 24.5% in the fourth quarter of last year. This translates to more than 5 million people in South Africa who are actively seeking employment. The figure excludes millions of job seekers who have given up looking for work. If this group is added to the unemployment figures the rate would be close to 37%.

The report showed that the number of asylum-seekers at the end of 2014 in South Africa is now estimated to be 1 057 600. Although there hasn’t been a comparable increase in 2015 – the number of new applications in 2015 was relatively low at 62 200 – there was a statistical adjustment in reporting asylum-seeking figures that means that South Africa hosted more asylum-seekers than any other country at the end of 2015.

According to the UN report, more than half (54%) of all refugees across the world came from just three countries – the Syrian Arab Republic (4.9m), Afghanistan (2.7m) and Somalia (1.1m). South Africa currently hosts 41 500 Somali refugees.