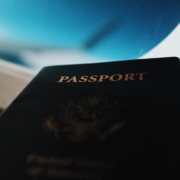 The British High Commissioner to South Africa visits a police station at least six times a year – all because of SA’s rigorous travelling with children paperwork requirements.

“From a personal experience, it’s off-putting,” says British High Commissioner to South Africa Nigel Casey, having just had to do so recently when his children went back home.

The High Commissioner was speaking to Traveller24 at the British Airways launch event of the Durban Direct to London flight route, on Tuesday, 30 October.

While he is very excited about the new direct route calling it a “fantastic enabler” of tourism and business, he says South Africa must sort out this confusion around the travelling with minors regulation.

Typically it takes two weeks to get hold of the long form birth certificate for Brits. There is also an affidavit requirement when both parents are not travelling with the children and this needs to be signed or witnessed by a police officer or lawyer.

This all adds to the hassle and cost, says Casey, and “basically takes South Africa out of the market for short notice, quick decision last minute travel”.

As a result, UK citizens are opting to visit Thailand instead, simply because it’s easier.

In fact he says it “breaks his heart” that South Africa is pushing itself out of the last-minute holiday market – because people in the United Kingdom really want to come here, with an estimated 450k British visiting South Africa annually.

“As I said to the Home Minister and Tourism Minister last week at the investment summit, I know that there is so much more potential because a million Brits go to Thailand every year and as a direct competitor for winter breaks from the UK, South Africa has plenty of advantages.

“South Africa is in the same time zone, it has a lot to offer, and is very popular for the Brits who get here. If you wake up on a Monday morning and it’s raining in London and you decide you want to fly to South Africa with your kids on Friday, you’ve got a problem.

“I’m waiting eagerly to see what the details are when it is gazetted, I hope they’ll be very clear because the worst outcome would be ambiguous new regulations saying, well you don’t have to have these but we strongly advise you to have them.

British Airways confirmed it does not allow customers to travel to South Africa without these travel documents. If there is one thing the High Commissioner would like clarity it is this regulation going forward. “There are many people who make decisions about their holidays quite late on, and this will open up a whole new market.”

Hamish Erskine from Dube Trade Port in fact confirmed the new direct Durban route leveraged on analysis showing an average 100k British-based travellers made their way to SA and travelled through Durban annually, with clarity on the regulation for minors, certainly able to boost these figures.

Overall the head of the British High commission – of which British Airways is one of its largest investors – is optimistic about the direct commercial gains via the cargo opportunities with this direct route.

“The link is going to really open up a lot of potential and possibilities and expansion for our existing relationship and I’m absolutely thrilled that it’s happening.”

“KwaZulu-Natal has a fantastic tourism offer, parts of it are known to people in the UK who have come to South Africa before. But there is an important job to be done in selling the KZN offer and marketing it quite aggressively in the UK because really you have everything South Africa offers in one place.

“Beaches, diving, game parks, hiking in the Drakensberg, you’ve got history of the battle fields and it’s all in one place. The fact that people can now fly here rather than have to fly into Joburg, fly or drive down, saves a lot of time and a significant chunk to any ones holiday. It is going to be huge selling point for the city.”

But if anything British Airways has shown its commitment to the South African market as a whole.

The airline flies a twice-daily service from Heathrow to Johannesburg and daily to Cape Town year-round, having recently increasing its service between London and Johannesburg to 18 flights a week. It also doubles the Cape Town schedule during the South African summer season and also adds three weekly flights from Gatwick.

Paolo de Renzis, Commercial Manager for Europe, Corporate Sales and Africa, Levant at British Airways & Iberia says there is also the possibility to expand the direct Durban offering going forward. Surprisingly, De Renzis does not foresee any negative impact for the Comair operated British Airways domestic route from Joburg to Durban, which would usually be the connector for travellers from the UK.

Sihle Zikalala, Minister for the Department of Economic Development, Tourism and Environmental Affairs says, “Having direct flights between Durban and London will undoubtedly spur growth in both tourism and trade for both destinations. We are certain that South Africans will embrace the opportunities offered by the direct flights from Durban ensuring that we fully benefit from these new connections.

British Airways is offering a launch special from Durban with discounts of to 11% on return fares. World Traveller launch fares start from R7 740.