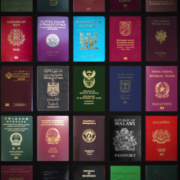 The announcement was made by Home Affairs Minister Malusi Gigaba and his Kenyan counterpart Interior Minister Fred Matiang’i on Monday after the two held bilateral talks and took a tour of Lindela Repatriation Centre in Krugersdorp.

In September Gigaba announced that South Africa would be easing some immigration rules including agreeing to visa waiver agreements with more countries in an effort to boost investment and tourism as part of a broader economic turnaround programme announced by President Cyril Ramaphosa.

The two leaders said both countries would continue working on ways to maximise their cooperation and allowing for passport holders to have long-term multiple entry visa arrangements for business people, academics and frequent travellers between the two countries.

“It’s a historic achievement, we made tremendous progress,” said Matiang’i.

He said as of the arrangement would benefit both countries tremendously.

He told journalists at the briefing that the east African country viewed its relationship with South Africa as critical and that the presidents of both countries – Ramaphosa and Uhuru Kenyatta – had instructed both ministers to work towards removing barriers and impediments to the growing relationship.

“And today we made a huge achievement in removing those barriers, whatever is left, we will be able to sort out in the next three months,” said Matiang’i.

The Kenyan minister said he believed relaxing visa requirements would lead to the most “seamless interaction between South Africa and Kenya in history.”

Matiang’i also praised the repatriation centre, which he said was a “luxury” for deportees waiting to be processed and taken back to their respective countries.

“The minister has taken me through this facility, I am basically floored, shocked that South Africa actually makes this kind of investment to address the needs of deportees,” said Matiang’i.

South Africa’s home affairs minister, in turn, thanked Kenya for its efforts in preventing illegal immigrants from making their way to the country.

He added that Kenya contributed to keeping the country safe.

Gigaba said the partnership would contribute to tourism in the two countries and support the visions shared by both Ramaphosa and Kenyatta for free movement of people between the countries.

He said academics and business people would be able to get ten-year visas, while frequent travellers would be able to apply for three-year multiple entry visas, a feat Gigaba said would also alleviate administrative pressure on their respective departments. 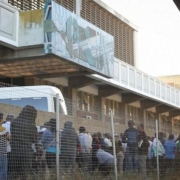 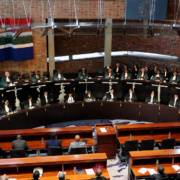