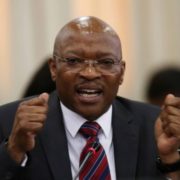 Last year, the Supreme Court ordered the department to reopen and maintain the Refugee Reception Centre in Cape Town. In its judgement, the court held that the closure was ‘irrational and unlawful.’

Addressing the media in Tshwane on Tuesday, Apleni said the department has begun complying with the court order.

“The Department of Home Affairs has no intention to disregard the judicial directive and we will duly respect the judgment. In this regard, we have commenced with plans to comply with the order,” Apleni said.

Apleni said the department has allocated a budget within the ambits of the current baseline.

“We have prioritised the funding and filing of key posts to get the centre operational. However, the department is dependent on Public Works to provide suitable office accommodation.

“To this end, we have engaged the Department of Public Works which, in turn, has issued a procurement instruction to their regional office in Cape Town,” Apleni said.

He said the Department of Public Works provided a project execution plan on 6 April 2018.

“The department will continue to uphold its constitutional obligation to those in need of protection from any form of persecution,” he said.

The Western Cape High Court had initially favoured the Department of Home Affairs to close the refugee office in Cape Town. The Scaralbini centre appealed the matter at the Supreme Court of Appeals, which ruled in their favour.

The Cape Town Refugee Reception Centre was established in 2000 as one of five Centres in terms of section 8.1 of the Refugees Act.

The Supreme Court of Appeal also instructed the Department of Home Affairs to furnish the court with monthly updates on the progress regarding the re-opening of the RRO.