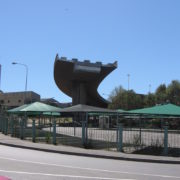 The City of Cape Town (CoCT) has announced the qualifying bidder for the Foreshore Freeway Project that, near the end of last year, was shrouded in mystery and controversy.

Project management firm Mitchell du Plessis Associates’ proposal has been chosen, out of seven submitted to the City. The firm has been involved with numerous large-scale projects in Cape Town, including the Two Oceans Aquarium, the Cape Town Stadium, Riverside Mall (Rondebosch), Norfolk Place (Kenilworth), the MyCiTi Integrated Rapid Transport (IRT) system, and the Cape Grade and V&A Hotels.

The firm’s R8 billion proposal focuses on completing Cape Town’s unfinished freeways, alleviating traffic congestion in and around the CBD, as well as providing affordable housing close to the City Centre.

The housing will be provided by means of building high-rise tower blocks of apartments across four precincts on the land between the freeways. The city is in desperate need of more affordable housing options for those who work in the city, many of whom currently commute from neighborhoods far away from the CBD, increasing traffic into the City Centre.

Cape Town is ranked as being the worst city in South Africa for traffic congestion, and was ranked 48th worst in the world in the 2016 TomTom Traffic Index. For the full ranking list, click here.

Mayoral committee member for Transport, Brett Herron, stated that, should the chosen proposal succeed, it will drastically transform Cape Town, and contribute towards a more residential and inclusive inner city.

During the second phase of the project’s tender process, Mitchell du Plessis Associates will, over the next 6 months, have to conclude an agreement with the CoCT, as well as finalize an investment plan, and secure financing for the project. 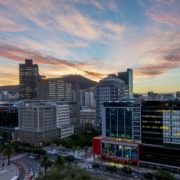 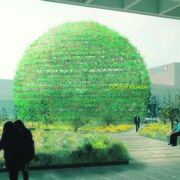