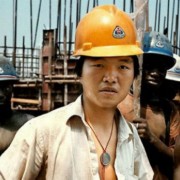 Across Africa and throughout the West there is a widespread belief that a good portion of the Chinese construction workers building infrastructure across the continent are actually prisoners who have been forcibly enslaved to work in Africa. So the reason why Chinese companies allegedly do not hire locals, according to this legend, is because there is such an abundant supply of convict labor that can be conscripted to work long hours and endure brutal working conditions.

This myth is so widely trafficked, and not just among poorly-informed social media commentators but also among supposedly well-informed academics and highly-respected news organizations, that is some ways it has become an accepted truth.’Of course the Chinese import convicts,’ how else can you explain the barbed wire that surrounds construction sites, or the shabby conditions so many of their workers live in and the fact that they often have to work seven days a week?

Well, the reality is that barbed wire is often intended to keep people on OUTside from coming rather than incarcerating those on the INside. While they may not be prisoners, it is fair to say their living conditions are often comparable to those of inmates, which comes as a surprise to many in Africa who often mistakenly assume that all foreigners live the luxurious lifestyle of a white aid worker. As for overtime, well, for many Chinese contractors that is a foreign concept. There is no overtime. You work until the job is done. Period.

While the often harsh labor policies of many Chinese companies are out of sync with the commonly accepted standards in Africa, and elsewhere, the workers are most certainly not slaves nor is there any evidence they are convicts.

Despite the confidence of those who propagate this myth, there is no empirical proof to confirm their suspicions. Scholars from around the world have scoured Africa and Chinese work sites looking for even a sliver of proof that the Chinese are importing forced labor to work in Africa. To date, no one has found any indication that this widely-believed myth is actually true.

Relocation Africa wishes all our clients and friends a very Happy Christmas...
Scroll to top