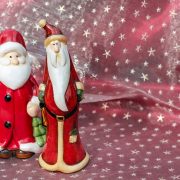 In the past anyone from the UK, and thirty-seven other select countries, were allowed short-term visa free entry into the United States. All this is changing in the wake of the Paris, and especially, the San Bernardino attacks (of course San Bernardino was much more significant since even though fewer people were killed, they were American, so the quality vs quantity rule applies).

Now the U.S. Congress has acted to once again retroactively protect its citizens by passing a new law, which after being signed by President Obama last week, will place restrictions on what have traditionally been known suspiciously as the ‘allies’ of the United States.

As always, best intentions (or in this case racist, knee-jerk intentions) can have unintended consequences – or so it would seem at first. Many don’t realize that it wasn’t just the thirty-eight countries that everyone is talking about which will be affected. Other, unincorporated territories that traditionally had access have also been added. Including the infamous North Pole.

This means that Santa can’t get in without a visa.

How is this possible and why now? Well, Santa doesn’t actually have the best record with the U.S. government. Politically, there have always been questions about his loyalty to the United States and his liberal leanings. This is a guy who gives away toys. For no money. A redistribution of wealth that is spread all over the entire world. Santa with his coat and Rudolf with his nose were the beginning of the Red Scare that swept through the U.S. in the 1950’s and 1960’s well before anyone was worried about the Soviet Union.

Santa based fears led NORAD, the government organization that maintains U.S. Nuclear security, to start tracking Santa as he approached America directly after visiting the Soviet Union in the 1960’s. Something that they still do, under cover of a fun game for children. http://www.noradsanta.org/

And while the full extent of the North Pole’s most famous resident’s involvement in the Cold War was never fully settled, in recent years there hadn’t been as many concerns over Father Christmas. Until now.

The new visa rules state that anyone who has traveled to countries such as Syria and Iraq must now get visas before popping in to the land of the not-so-free. The North Pole is not technically part of any one country and instead falls under the International Seabed Authority. So, clearly anyone coming from IS held territory should be on everyone’s list. And checked twice.

Not only does Santa start his journey to the United States from IS, the NORAD tracking system clearly shows him going to Iran, Iraq and Syria before coming to America. Who knows what he could be bringing with him. With all those packages, he couldn’t possibly have packed them all himself.

There have always been concerns about the origins of the current Santa. Even if you disregard his pagan past, if you fully accept him as a Christian figure, he is obviously a fundamentalist. Just look at the beard.

With the late December passage of the law it’s unlikely Santa will get clearance in time for Christmas. Which is probably a good thing for Congress. After all the things they’ve said about foreigners and refugees, it was pretty certain they were only going to get coal in their stockings. They’ve taken the naughty list to a whole new racist level.

Luckily, there will still be presents under the tree this year. Thanks to Father Trump. He’s much, much richer than Santa could ever dream of being. And he can deliver things to America that no loser in a red suit could. Not that he’s got anything against Santa, Santa is fine. Fine for a big fat loser.

Under Father Trump presents will be huge. America will be safe and Christmas will be great again.

This article was originally written last year and can be viewed here.