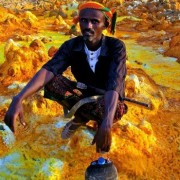 The contribution mining will make to the Eritrean economy will be tremendous — at least that’s what’s being hyped.
The country’s economy is expected to get a boost when new gold, copper and zinc mines begin production. The government is banking on mining to provide much-needed jobs despite the commodity crisis, according to TheAfricaReport. 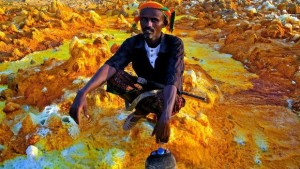 The Bisha copper and zinc mine is Eritrea’s first operational mine and the government hopes three more mines will jump-start the economy when they come online in the next two years.

Bisha has contributed more than $755 million to the Eritrean economy since it began production in February 2011, according to Nevsun Resources, the Canadian mining company that owns 60 percent of the mine.
The government says most of this revenue goes towards operating costs and debt repayments. Eritrea’s economy, meanwhile, struggles with diplomatic isolation, mass migration, and U.N. sanctions.

10 Things That Surprise Foreigners About Morocco
Scroll to top