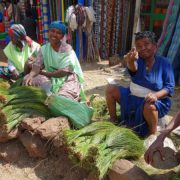 The Ethiopian government has hit back after the international outcry over the rising death toll from protests in the country, blaming “outside forces” for fomenting the trouble.

More than 500 people have now been killed since November 2015, according to Human Rights Watch and other activist bodies, and several thousand detained – largely following protests by the Oromia and Amhara people.

It has also raised questions in the EU, where Ethiopia is one of the largest recipients of development aid, and also a beneficiary of the bloc’s new Emergency Trust Fund for Africa, aimed at mitigating migration flows from Africa.

Now Addis Ababa has hit back, admitting “bystanders” had died during the protests, and that the government had blocked internet access, but claiming “a group of people living inside and outside of the country” were behind the protests.

That seems to be a reference to the Ethiopian diaspora, concentrated in the US, who have often complained they are the subject of bugging by the government in Addis.

State Minister of Foreign Affairs, Ambassador Taye Atske-Selassie admitted that “the government has accepted most of the issues of concerns that broke out in different parts of the country as consequences of bad governance, unemployment and the likes.”