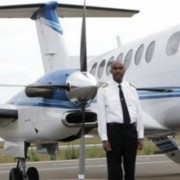 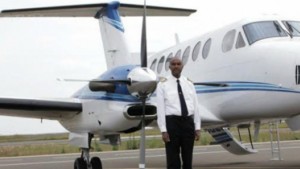 East African Aviation, a private company, has launched Ethiopia’s first ambulance transportation service.
The company is owned by Capt. Mulat Lemlemayehu, a former commercial pilot at the Ethiopian airlines who also owns an aviation school and air charter service.
It’s the first air ambulance service in Ethiopia with aircraft equipped with state-of-the-art medical equipment and licensed, medically trained personnel to provide air transportation for those requiring prompt medical attention in East Africa.
“With the state-of-the-art medical equipment fitted in the air ambulance, we specialize in transporting patients with the same level of care that would be expected from a hospital ICU,” Lemlemayehu said. “Air ambulance has been nonexistent in our country.”
Ethiopia has more than 90 million people, a tourist hub in the region and Addis Ababa is the diplomatic capital of Africa with a large international community, he said.
He told reporters that East African Aviation has a team pilots who have served Ethiopian Airlines for years.
Lemlemayehu founded the company after working for Ethiopian Airlines as a commercial pilot for 39 years