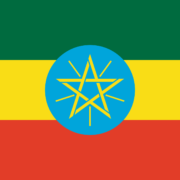 The government of Ethiopia has unveiled what it describes as a “Homegrown Economic Reform” agenda aimed at unlocking the country’s development potential.

“Several months in the making and spearheaded by some of Ethiopia’s finest minds, our initiative aims to propel Ethiopia into becoming the African icon of prosperity by 2030,” said Prime Minister Abiy Ahmed of Ethiopia.

He made the remarks during an event to unveil the Reform Agenda at the United Nations Conference Centre in Addis Ababa.

The Agenda outlines macroeconomic, structural and sectoral reforms that will pave the way for job creation, poverty reduction, and inclusive growth.

The P.M. said “in just over one year,” his government has taken a series of measures to shift the economic landscape of Ethiopia, such as reforms in investment laws and business climate, which have helped remove regulatory obstacles that hamper investment.

Mr. Ahmed stated that the private sector was crucial for the next chapter of Ethiopia’s growth and development. Consequently, he said, we have “opened up key economic activities to private investments,” adding that these measures will “surely be reflected in Ethiopia’s ease of doing business ranking.”

The P.M. pointed out that to ensure the success of the Agenda, “we are tightening our fiscal belts, strengthening our public sector finances, shedding our debts, and increasing domestic resource mobilization.”

The Agenda prioritizes sectors such as agriculture, manufacturing, mining, tourism, and ICT.

Reflecting on the Reform Agenda, the Executive Secretary of the United Nations Economic Commission for Africa (ECA) said Ethiopia’s aspiration to grow from 865 to 2219 GDP per capita was “very ambitious” but that it was doable, citing the success stories of China, Laos, and Vietnam.

Ms. Songwe cautioned, however, that Ethiopia currently has a USD 10 billion gap – 6 billion in new investment and 4 billion of debt reduction per year – that must be bridged in order to achieve its reform aspirations.

“If you continue to accumulate debt the way you’re doing now, you will likely fall into debt distress in the next two years and a lot of the structural reforms you’ve put in place will not bring in the private sector because you will not be a credit-worthy country.”

Ms. Songwe said credibility is what the private sector will be looking for in the reform package. She recommended paving the way for IPPs in a reformed energy sector as a quick-win that can demonstrate the country’s credibility.

The event was attended by representatives from the World Bank, IMF, UN Agencies and other development partners. Prime Minister Abiy Ahmed urged all stakeholders to “support us in crafting Ethiopia’s economic miracle.”

He said, “We realize that our interdependence solidifies Ethiopia’s geopolitical importance in becoming Africa’s gateway to the global market.”

The Reform Agenda was presented by Ethiopia’s minister of state for finance, Eyob Tekalign. 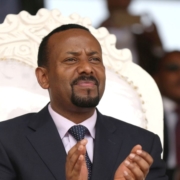 Prime Minister: Ethiopia Has No Option But Multi-party Democracy 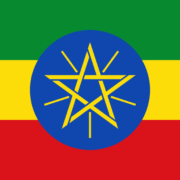