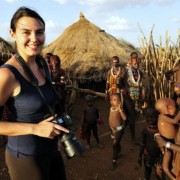 Ethiopia’s tourism revenue jumped 20.7 percent  in 2015 to a record high of $3.5 billion from $2.9 billion in the previous fiscal year lifted by increased number of foreign tourists visiting the East African nation, data from the Ministry of Culture and Tourism showed.

Kenya’s revenue from its tourism sector dropped about 3 percent in 2015 to $837 million as visitors numbers continued a four year drop due to increased insecurity caused by frequent al Shabaab militants attacks, Reuters reported.

In Tanzania, a reduction in number of visitors last year also saw a fall in foreign exchange earnings from tourism to $1.93 billion, from $2 billion in 2014, The Exchange reported.

The number of visitors to Ethiopia increased by 136,000 to 910,000 in 2015, an estimated 88,000 foreign tourists per month, as the country hosted a number of high profile international business conferences and exhibitions, Ethiosport reported.

Ethiopia, home to nine UNESCO World Heritage sites, wants to become one of the top five tourist destination in  Africa by tripling  the number of foreign tourists visiting the country to 2.5  million in 2020.

This will make tourism making the leading sector in one of Africa’s fastest growing economies.  It had targeted to raise $3.5 billion from the sector this fiscal year.

Zimbabweans in South Africa protest against Mugabe
Scroll to top