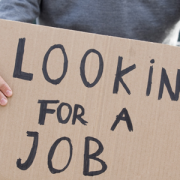 The analysis of official statistics shows that the unemployment rate for white workers with degrees is 2.3 percent. However, for BAME graduates this rises to 5.9 percent.

The findings reveal that at every level of education, jobless rates are much higher for BAME workers.

The findings come after TUC analysis in February revealed that black workers with degrees are paid nearly a quarter less than their white peers – the equivalent of £4.33 an hour.

“The harsh reality is that even now black and Asian people, regardless of their qualifications and experience, are far more likely to be unemployed and lower paid than white people.

“Whether they have PhDs or GCSEs, BAME workers have a much tougher time in the jobs market.

“Not only is this wrong, but it is a huge waste of talent. Companies that only recruit from a narrow base are missing out on the wide range of experiences on offer from Britain’s many different communities.

“The government’s taskforce on racism must make it harder for discriminating employers to get away with their prejudices, and also ensure that far more is done to improve access to the best courses and institutions for BAME young people.”

Mobility on the rise in Africa
Scroll to top