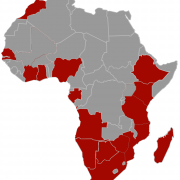 TUNIS — In November, when autumn winds whip up storms across the Mediterranean, the migration season ends.

The arrival rates won’t drop to zero — if last year’s numbers are anything to go by, several thousand will set off from Libya despite the rougher seas. But until the weather calms in April, monthly arrivals are unlikely to hit above 10,000 as they do in summer.

For Europe, winter is no time for complacency. Several member states, including France and Germany, face elections next year. With a populist Right emboldened by the victories of Donald Trump and Nigel Farage, migration is certain to emerge as a key issue.

Before next spring, Brussels is keen to reduce the migrant flow across the Mediterranean. Having successfully reduced the number of crossings from Turkey to Greece earlier this year, European leaders are now turning their attention to northern Africa.

Last month, the EU began negotiating a Turkey-style readmission deal with Tunisia, as part of a broader diplomatic effort to convince North African nations to quickly readmit failed asylum seekers after a record number of migrants arrived in Italy this year.