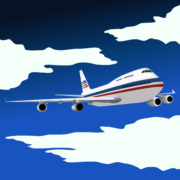 After years away on a foreign posting, coming ‘home’ can be overwhelming

Last week, we identified an important, but often overlooked problem of being a long-term expat: how a foreign posting can affect your sense of identity, belonging and home. It prompted many of you to share your own enlightening and often surprising experiences of moving around the globe.
In fact, so many of you identified with our writer’s dilemma that we thought we would both share your experiences and highlight your best tips when it comes to fitting in once you return “home” after a long stint abroad.

In a Facebook comment, Wendy Skroch dubbed the phenomenon “reverse culture shock”. “There is a form of homelessness that goes with all this,” she wrote. “The sense of never being at home anywhere is very real.”
Many people identified with the disheartening struggle to plant roots again upon returning home. Pete Jones, who left the UK in 2000 for a life in Denmark, Holland and Switzerland, wrote: “I do enjoy visiting Blighty for a few days and then feel the need to leave. It is not home anymore!”
“I don’t think I’ll ever feel Swiss but I do enjoy life here,” he continued. “Honestly, I don’t know where home is anymore.”

For some, it was the reaction from the people who were supposedly closest to them that made returning a lonely and difficult experience. “Returning home to the US after 26 years in Australia was quite a shock, wrote Bruce Felix. “Being the new guy in what was supposedly ‘home’ has been difficult at times.”
Having picked up new words and phrases but not an accent, he noted, communication in his homeland proved a challenge. “Without the accent, people just think you’re odd.”
After 20 years in America, Mary Sue Connolly felt she was treated as an outsider upon returning to Ireland. “I have changed and I feel labelled as a result.”
“Reintegration is easier by not talking about your past [as] you could be considered as pretentious,” commented Denis Gravel.
Allison Lee can identify. She has been back in Australia for three years following six years in Latin America and London. “It takes so much longer to make friends now… and no one wants to hear your stories.”
Eunice Tsz Wa Ma, originally from Hong Kong, still experiences culture shock even though she returns to the city every summer. “Every time I go back I just feel as if I’m left behind by time [and] the only one still living in the past.”

So after a long absence, how do you fit back in? Some of the tried and tested solutions were remarkably simple and practical.
“Avoid going back to a similar job on the same site with the same people if you can,” advised UK resident John Simpson. “There will be mutual resentment and their daily issues will seem trivial.”
Vesna Thomas, who repatriated to Sydney after 16 years in the US and Singapore, found it hard to make friends in her late forties. Eventually she started a book club, worked part time and volunteered at a school. “Funny thing is, all my book club friends are expats. You are drawn to each other as they know what you are experiencing.”
Indeed, some of those attempting to repatriate actively sought out expat communities. “This was helpful because I tended not to hang out with very many other Americans while abroad and I got to re-experience American culture through their eyes, making the adjustment a little easier,” wrote Alexis Gordon.
For others, coming home was like any another foreign posting.
“I decided to treat the repatriation experience as if it were another expat assignment, albeit a more familiar place where I know the language,” wrote Katrina Gonnerman. “That has helped me adjust.”
“I’ve been away for 30 years [and] whenever I’m back in the US I deal with it as a foreign country, [and] marvel at the conveniences and ease of doing everyday tasks,” wrote Mark Sebastian Orr.

How do you reintegrate? You don’t!

Perhaps the most intriguing response to our request for reintegration tips was a resounding challenge of the question itself. Many readers found that resettling in your so-called homeland was difficult, but not entirely necessary.
Nicole Jones has three passports and has lived in five countries. “I do not have rose-tinted glasses on for any place and can see the bad and good clearly. I feel I am a citizen of the world and am proud.”
“You don’t [reintegrate],” commented Paula Alvarez-Couceiro. “You realise that by having lived in so many different cultures, your personality and way of thinking has changed, and trying to adapt to what you were before you left is a mistake that will disregard the personal growth you have done.”
These responses tell us that for many expats, defining homeland and identity is no straightforward task. For those struggling to reclaim their identity upon returning to their “passport home”, perhaps comfort can be found among these global citizens, for whom reintegration is an option, not an obligation.

From The Hippo’s Ears: South Africa
Scroll to top