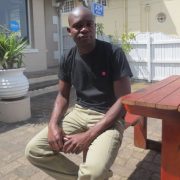 Malawian asylum seeker Charles Mkwapatira has made five trips from Cape Town to Pretoria to get a permit – all to no avail.

Mkwapatira was arrested in December 2015 with Patrick Makwinja in Witsand near Heidelberg and spent over a month in prison.

Investigator Nomvuyo Tempi said there was no evidence of him ever having entered the country legally. “The departmental movement control system, which captures all the movements of persons using travelling document while departing or arriving at a port entry into the Republic, was scrutinised and the following were discovered.”

“There are no records of the said foreign national entering or departing from the Republic. Therefore he contravened Section 49(1) of the Immigration Act. He is illegal in the Republic.”

Mkwapatria explained to the prosecutor that he had applied for asylum in 2011 and it was rejected. In response to allegations that he had entered the country illegally, he said he had entered with his passport, but it had since been stolen.

In January on his return, he went straight to Marabastad in Pretoria to apply for asylum. He spent three weeks there, reporting to Home Affairs every Monday and Tuesday, the only days Malawians can get assistance. Finally, his employer in Heidelberg made several calls to Home Affairs and he was given a permit for one month and told to return for an interview.