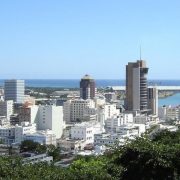 Foreign direct investment in Mauritius grew 69% year-on-year in the first half of 2016, to 7.96bn rupees ($222m), driven by real estate, financial services and manufacturing, the board of investment said on Thursday.

“The largest inflows have come from developing economies, mainly from South Africa and China, contrary to previous years where a considerable proportion of FDI flowed in from developed economies,” the board said on its website.

The board said several major projects, such as smart cities and the African Leadership University, will attract more foreign investment but the statement offered no further details.

Famed for its white sand beaches and luxury spas, the Indian Ocean island nation is diversifying its economy away from sugar, textiles and tourism into offshore banking, business outsourcing, luxury real estate and medical tourism.