We had a series of questions for Steuart Pennington as he reflected on the proud achievements for the African continent and its infinite possibilities after a four-day walk on the wild side at the Wild Coast.

Question: Has Ebola reinforced the negative stereotypes and narrative about Africa?

Answer: Ebola has had both a negative and a positive impact on travellers to Africa. On the negative side, it had an impact on tourism as there was a disruption in air connectivity because some airlines withdrew services to West Africa. It also stopped those travellers who are by nature anxious from visiting other parts of Africa that were not affected by the outbreak. On the positive side it showed how African governments and civil society could respond to a crisis in the spirit of Ubuntu.

Question: How has the narrative about Africa as a place to live in, work in and invest in changed over time? If yes, what has inspired this change? 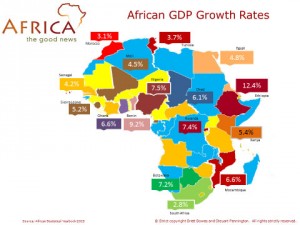 Answer: We have seen tremendous progress in the past two decades. In the same way that South Africa has normalised its relations with the outside world, so have other African governments become more investor friendly, which has resulted in a win-win situation with foreign direct investment in mines and farms prompting infrastructure spending on roads, rail and electricity, which has benefited the investors and the local communities. As an example think of the Nacala railway that links the central province of Tete in Mozambique with the deep water port of Nacala in northern Mozambique through Malawi. The driving force for the railway line was getting the coal from the Moatize coal field to market, but it also opened tremendous opportunities in tourism and agriculture as previously unconnected areas were linked with the world. This linking with the world is also one of the benefits of social media as the younger generation share their experiences. For instance I connected with a young American student as she asked whether it was safe to travel from Cape Town to Cairo. I said it was and her blogs encouraged others to follow in her footsteps as she did not have one anxious moment during her whole trip even though she traversed countries such as South Sudan. The reality is that Africa is rising in part because of the demographic dividend as we have a young vibrant population, although more needs to be done in education. That is why foreign direct investment has switched from exploiting natural resources to investing in retail, banking and education. Shoprite for example will almost double the number of new store openings in the rest of Africa this year to 35 from 20 last year. There will be ten African economies this year which will rank amongst the fastest growing in the world at above 7%, while the International Monetary Fund predicts between 6 and 7% growth for Sub-Saharan Africa. As to what inspired this change, I guess it started with China’s need to source raw materials for its factories, but it could not get these without investing in infrastructure. That engendered healthy competition amongst other countries so we have American, Brazilian, Chinese, Indian, Japanese and Russian companies competing for access to raw materials, while the international hotel groups have seen a demand for upmarket business travel hotels, which has prompted investment plans of some $2bn in new hotels. I am told that the value of repatriated funds from the African diaspora is US$60bn per annum, or around five times that of Chinese investment. That is why we have people like Nigerian billionaire Aliko Dangote investing in cement plants in Benin, Cameroon, Ghana, South Africa, Tanzania, Togo and Zambia. The worry is whether other well-educated talented Africans are building their own businesses in Africa. On the political front there have been a similar number of changes. According to Freedom House the following changes have emerged over the past four decades: In 1972 there were three democratic elections as opposed to 40 post-2007; In 1972 there were 24 coups, there have been 5 post-2007, with 32 out of 54 Heads of State have been democratically elected, 24 are serving their first term and 16 their second term. In 2014 32 African countries were included in the Global Competitiveness Report, up from 20 some 12 years ago.

Question: Which companies/individuals/events would you say have inspired this change?

Answer: That is a difficult one as there are so many actors that have helped to change the perception regarding Africa. In that regard we should not discount what Nelson Mandela and our peaceful transition to a democracy meant for the rest of the continent. The second example of changing the narrative was that of Rwanda after the genocide of 1994. Instead of wallowing in self-pity and revenge, the Rwandans have embraced change and position themselves as the champions of reform, regularly topping the World Bank’s list of reformers when it comes to the ease of doing business.

Question: So what more still needs to be done?

Answer: The biggest challenge going forward is regional integration as although Africa consists of 54 countries most are small countries and need to link up the elephants in their vicinity. Almost 80% of African GDP is generated by only six countries, namely Algeria, Egypt, Libya, Morocco, Nigeria and South Africa. The Tripartite Free Trade Agreement, which was launched in Egypt in June 2015, pulls together three regional economic blocs, namely the Southern African Development Community (SADC); the East African Community (EAC) and the Common Market for Eastern and Southern Africa (COMESA) and we need more of that regional co-operation.

Question: How can the hospitality industry change the narrative about Africa?

The original article can be viewed here