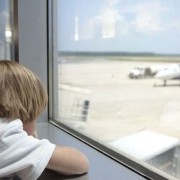 A newly appointed immigration advisory board is in the process of formulating amendments to the immigration regulations, Minister of Tourism, Derek Hanekom, told delegates at the Satsa Conference on Thursday.

The Minister explained that the Act required amendments to be made by the board, which was only recently appointed. The Department of Tourism is represented on the board. Hanekom said the changes that would be made were expected to be in line with Cabinet directive to ensure South Africa’s regulations for travelling minors were in keeping with global practices.