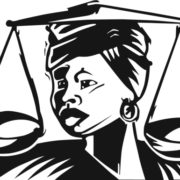 South Africa’s National Prosecuting Authority (NPA), the constitutionally-empowered body able to enact criminal proceedings on behalf of the country, is expected to issue members of the infamous Gupta family with preservation orders imminently.

The orders relate to the Estina Dairy Farm, a business through which the family is said to have funneled taxpayer money, paid by the Free State department of agriculture. This is the first time evidence is coming to light of members of the family directly benefiting financially due to questionable dealings with SA government entities.

Court papers show that little to no oversight was exercised by the department of agriculture over how the funds for the farm were being spent. The AFU has found that of the R220 million given to Estina for the project‚ only R2 million was actually spent on the farm. Atul Gupta is one the individuals whose personal bank accounts are affected by the order. The court papers reveal R10 million of the funds paid to Estina for the dairy farm was paid into his personal bank account.

Eugene Nel has been appointed curator of the assets and must file a report within 40 days, containing a detailed inventory of the assets. Those affected now have 90 days to contest the order, or allow their assets to be seized and sold off to recover the funds. According to the papers‚ the R220 million was paid into three bank accounts controlled by Estina over a 29-month period, between April 2013 and May 2016.

The intensified investigation into corruption involving the Guptas is seen by many as a direct result of the election of the newly-appointed ANC President Cyril Ramaphosa, who has stated in numerous public speeches that he intends to root out corruption in South Africa, and focus on reviving the economy going forward.