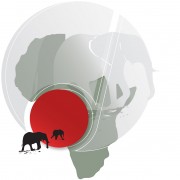 LIMPOPO – The deputy director of the Department of Home Affairs in Beitbridge and 14 other people including public officials, have been arrested on charges of fraud and corruption.

The suspects including a SARS custom official, a Home Affairs Inspectorate, an advocate, a teacher, a local businessman, a councillor two immigration officers and four clearing agents, were arrested by the Directorate for Priority Crime Investigation (DPCI) on Thursday.

According to a statement released by Hawks’ spokesperson, Brigadier Hangwani Mulaudzi, “The Deputy Director demanded and received two pairs of shoes worth R3,000 each so that he could stamp a brand new passport of a foreign national without any supporting documentation. The police officer on the other hand issued a false affidavit to a foreign national in the absence of the recipient for a fee of R1,200.”

The advocate reportedly demanded and received R23,000 for issuing business visas to foreign nationals, while clearing agents were arrested for demanding and receiving between R5,000 and R9,000 for issuing fraudulent SARS Goods Export Permits without goods being presented.

How time differs across cultures
Scroll to top