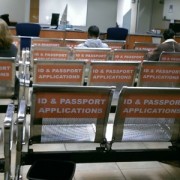 Cape Town – Home affairs officials are being trained to respectfully manage LGBTI matters that cross their desks, such as same-sex marriages and sex changes, the department said on Monday.

The department had made inroads into attending to concerns about how officials were handling members of the Lesbian, Gay, Bisexual, Transgender and Intersexed community, following a meeting held in Pretoria in June.

– Sending more official on a skills programme that includes a section on sensitivity on LGBTI rights. In 2015/16, 407 officials went through the course, compared to 355 in 2014/15;

– A practice note was distributed to all staff and front offices for use as a guideline on the Alteration of Sex Description and Sex Status Act, 2003 and other related civil matters and;

– A list of offices with marriage officers willing to conduct same-sex marriages was finalised so people would know where to go for these services.