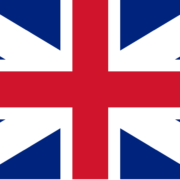 Part of the process of deciding to move to the UK is weighing up the impact on your extended family.

While even simply the idea of leaving loved ones behind can be devasting, moving from South Africa to Britain will most likely mean a long-term physical separation from beloved family members, says Lisa Aspeling from immigration consultants Move Up.

Below she outlined the different ways that emigration South Africans can bring their elderly dependents with them when moving.

How to qualify for the Elderly Dependent Permit

Issued for five years, one major advantage of the Elderly Dependent Permit is that it leads to British citizenship.

However, the rules around being granted this particular visa are very strict and it’s common for many of these applications to get refused, said Aspeling.

“Unfortunately, if your parents do not qualify to move to the UK based on ancestral rights or the other more traditional routes to UK settlement and they don’t need round-the-clock care, they won’t be eligible for the Elderly Dependent Permit.

“Applicants must prove that they require long-term, hands-on care in order to handle everyday living. The kind of care your parent or grandparent will be required to prove they need includes daily tasks like washing, cleaning and cooking. Essentially, your parent or grandparent will have to prove that they are absolutely unable to live independently.”

Aspeling said that a comprehensive doctor’s report about your parent or grandparent’s state of health would be an important document to include in your application.

Full medical records, including specialist reports and hospitalisation records, as well as a letter from the applicant’s current carers – for example, their nursing home manager – is also essential, she said.

“The letter should state the healthcare professional’s full recommendations, whether that is being admitted into a frail care facility or receiving special medical attention.

“The only silver lining here is that the UK government will accept a broad range of reasons for this: the specific care your parent or grandparent requires might not be available locally, or no one can reasonably provide it, or it can come down to a lack of affordability.”

Requirements from the sponsor to qualify for the elderly dependent permit

“Not only do your parents (or grandparents) need to jump through some hoops to qualify for this rare visa, but you as the sponsor need to prove that you can provide adequate maintenance, accommodation, and care for your elderly dependant – and here’s the catch – without having to withdraw public funds,”said Aspeling.

“You as the sponsor will be required to sign a sponsorship undertaking form, confirming that you are entirely responsible for your dependant’s care, without relying on public funds, for at least five years.”

EU law and elderly dependents in the UK

While no one knows what will happen to the UK’s immigration laws after Brexit is completed, as things stand, if you have EU nationality, rather than British citizenship, it is easier to qualify to bring your parents or grandparents to the UK, said Aspeling.

This is largely because the rules for elderly dependants are much more lenient under EU immigration law, she said.

“Under EU law you will, among other things, need to show you are exercising treaty rights in the UK by studying, working, being self-employed or self-sufficient. The UK Home Office will also need proof that your parent(s) or grandparent(s) is dependent on you.

“Although being granted an Elderly Dependent Visa is admittedly a rare outcome, our experienced immigration consultants are available for a free consultation and assessment to help you determine if this is a viable route for moving your parents or grandparents to the UK with you.” 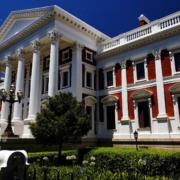 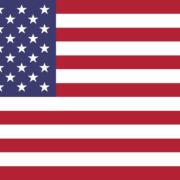 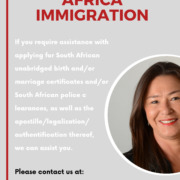 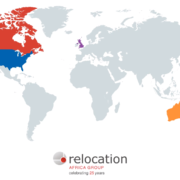