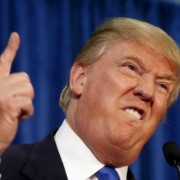 This is how the game has precipitated into a dirty no holds barred wrestling match between races.

It has been long since the world witnessed the rise of a politician who inspires as much controversy as Donald Trump. Who is “The Donald”, as he is commonly referred to? The Donald could be a molecule: two atoms of Hitler for every single atom of Lady Gaga’s attention seeking streak. Donald Trump’s character is a peculiar concoction of unadulterated hatred, unapologetic ignorance, blatant racism and a mouth best kept shut. However, no man is that one dimensional and true to the fact, Donald Trump also has respectable qualities he brings to the table. If he wins the Presidency, what might happen?

Africa could finally win the battle against a burgeoning terrorist threat. 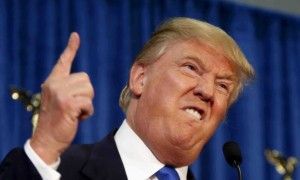 The deadliest terrorist group in Africa and in the world – Boko Haram is an affiliate of ISIS. The latter is domiciled in the Middle East and if Trump’s promises are anything to go by, he will knock the hell out of them. Speaking on MSNBC’s “Morning Joe”, Trump said, “I would knock out the source of their wealth, the primary sources of their wealth, which is oil. And in order to do that, you have to put boots on the ground. I would knock the hell out of them, but I’d put a ring around it and I’d take the oil for our country.”