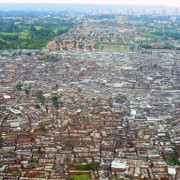 The fallout continues over a move by Kenya’s Nongovernmental Board to address the wage disparity between local and foreign workers, with some suggesting that the motives have more to do with silencing government critics than wage fairness. But the issue of wages has taken hold with locals, creating a complex situation.

In June the NGO Board, a government institution that is responsible for regulating the NGO sector in Kenya, accused NGOs of hiring expats over locals, and of paying them salaries up to four times higher than those paid to their local counterparts. The Board, headed by Fazul Mahammed, has threatened to revoke the licenses of NGOs who do not reduce the wage disparity between local and foreign employees and who do not hire and train more local staff.

One group speaking out against the decision, the Civil Society Reference Group, an umbrella network of more than 150 local, national and international nongovernmental groups, issued a statement saying that “Kenya is likely to lose a huge chunk of the over Kshs 400 billion that NGOs bring into the economy annually if the poorly thought out, ill-advised and misguided circular issued by the NGO Coordination Bureau on employment of expatriates working with NGOs in Kenya is implemented.”